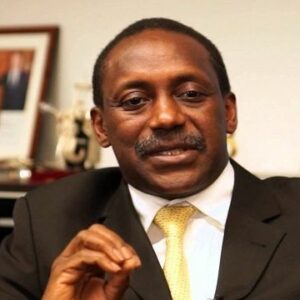 The position of Under-Secretary-General and Special Representative of the Secretary-General for Sustainable Energy for All is most known for Dr. Kandeh K. Yumkella. He also serves as the Initiative’s CEO for Sustainable Energy for All. Yumkella has over 20 years of experience working in the area of international development. Yumkella worked in a variety of agricultural and economic-related positions in the public and private sectors after studying agriculture in Sierra Leone and agricultural economics in the United States. He has held academic posts at American colleges and various important policy positions within UNIDO in addition to his role as Sierra Leone’s Minister of Trade, Industry, and State Enterprises. Experts frequently consult Yumkella for his insights on topics relating to domestic and foreign policy as well as international collaboration in light of the current economic climate. Yumkella has held the position of Special Representative for the Sustainable Energy for All Initiative since September 2012, when Secretary-General Ban Ki-Moon appointed him to the position. Yumkella is renowned for his fervent support of global energy use and sustainability issues. His efforts frequently center on ensuring that everyone has access to energy as well as developing more effective, ecological, and ethical energy production techniques. Yumkella’s job comprises international coordination and collaboration, as well as delivering support to developing countries inside the UN system.

On July 5, 1959, Kandeh Yumkella was born in Kychom, a town in the Kambia District of Sierra Leone’s Northern Province.

Yumkella graduated with a bachelor’s degree in general agriculture from Sierra Leone’s Njala University College in 1982.
At Cornell University in the United States, Yumkella earned a master’s degree in agricultural economics in 1986.

Yumkella was appointed the Minister for Trade, Industry, and State Enterprises of Sierra Leone in 1994, barely three years after earning his doctorate from the University of Illinois. Till 1995, he was in that position.

Yumkella started working for the United Nations International Development Organization in 1996 after being appointed as the Special Advisor to the organization’s then-Director-General, Mauricio de Maria y Campos.
He held the position of Director of the Regional Bureau for Africa and Least Developed Countries at UNIDO between 1996 and 2000.

Yumkella took on the roles of UNIDO Representative and Director of the Regional Industrial Development Centre in Nigeria from 2000 and 2003.
Yumkella worked as the senior advisor to Carlos Alfredo Makarios, the former director-general of the UNIDO, between 2003 and 2005.

Yumkella was appointed Director General of UNIDO in 2005, a position he held until 2013, where he primarily concentrated on issues related to climate change, poverty, job creation, and wealth building.

Yumkella was chosen by the current UN Secretary-General to lead UN-Energy in 2008, and as such, he is in charge of managing all UN agencies involved in energy-related issues.

Yumkella also joined the UN Development Group in 2008, which is responsible for deciding and coordinating the UN’s top goals for international development.
Yumkella was chosen by the UN Secretary-General to serve as co-chair of the High-Level Group on Sustainable Energy for All in September 2011.

Yumkella received the “Prix De la Fondation” in June 2006 for his contributions to international development and leadership. The award was given to him by Prince Albert of Monaco.

Yumkella received the Champion of Youth Award in 2008 at the 4th World Youth Congress in Canada’s Quebec City.
Dr. Kandeh K. Yumkella received an honorary degree from the University of Madras in 2008 in appreciation of his public contribution.

Yumkella has been designated as an Honorary Distinguished Visiting Professor by the Shanghai Institute of Foreign Trade.
Yumkella received a Doctor of Science (Honoris Causa) degree from Njala University in Njala, Sierra Leone, in March 2011.

Yumkella received the South-South and Triangular Cooperation Visionary Award as well as the United Nations Association Global Leadership Award in 2012.
Yumkella received an honorary professorship in April 2012 at Mongolia’s Mongolian University of Science and Technology in Ulan Bator.

Yumkella was given the Energy Efficiency Visionary Award in 2013 in recognition of his dedication to locating sustainable energy sources through financial investment, modernization, and education.

To commemorate the 52nd anniversary of Sierra Leone’s independence, the Green, White, and Blue Commission named Yumkella as the winner of their Lifetime Achievement Award on April 17, 2013.

With his wife Philomena Yumkella, Dr. Kandeh K. Yumkella has two daughters. Yumkella is employed by the UNIDO in the Vienna International Centre, where the family resides in Vienna, Austria.

Steve Jobs and Nelson Mandela’s creativity and tenacity have been cited by DJ Yumkella as examples of how “one individual may indeed alter the world.”
Yumkella has referred to himself as “a kid of globalization,” which is supported by his ability to attend schooling in other nations.

Dr. Kandeh K. Yumkella has published opinion pieces in a number of significant international media outlets, such as The New York Times, the International Herald Tribune, and The Guardian.

One of the wealthiest and most well-liked politicians is Kandeh Yumkella. Kandeh Yumkella has a net worth of $5 million, per our analysis of data from sources including Wikipedia, Forbes, and Business Insider.