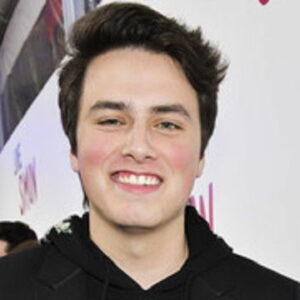 An American singer-songwriter is Liam Attridge. He currently has a connection to the pop group “Forever in Your Mind.” Attridge, a native of New York, was schooled by his mother, a well-known voice coach, and he grew up with a passion for music. He became a multi-instrumentalist by learning to play the saxophone, guitar, and piano. When season three of “The X Factor” was being filmed in 2013, Simon Cowell teamed up with Emery Kelly, Ricky Garcia, and Jon Klaasen to form the boy band “Forever in Your Mind.” But in June 2014, Klaasen resigned, and Attridge was hired in his place. In March 2015, they released their debut track, “Sweet Little Something.” In July 2016, following their agreement with Hollywood Records, they released their first extended play, titled “FIYM.” The album garnered favorable reviews and debuted at position 19 on the US Heatseekers Albums (Billboard) chart. In January 2018, the group released their second EP, titled “Euphoric.”

Kelly and Liam Attridge are related. The original members of the band “Forever in Your Mind,” Kelly (performing as a solo artist), Garcia, and Klaasen, participated in season 3 of “The X Factor” in 2013. Initially, they were turned down at the boot camp stage. On the other hand, Simon Cowell, one of the judges, instructed them to stay on the program as his “Forever in Your Mind” pop trio.

The team had a mediocre amount of success in the contest but lost before the final 16. Klassen left the band in June 2014 in order to pursue other interests. As a result of Kelly’s replacement recommendation, Attridge joined the group.

‘High School Musical’ turned ten years old on January 20, 2016, and Disney Channel presented a special to mark the occasion. After that, Forever in Your Mind created a three-minute mashup of songs from the movie as an homage.

A medley of five songs from five different Disney Channel movies—Wildside from “Adventures in Babysitting,” “This Is Me” from “Camp Rock,” “Cruisin’ for a Bruisin'” from “Teen Beach Movie,” “Rotten to the Core” from “Descendants,” and “Breaking Free” from “High School Musical”—has since been produced. The 2016 soundtrack Your Favorite Songs from 100 Disney Channel Original Movies included one of these songs.

The trio also performed renditions of a number of other songs, including Bruno Mars’ “Uptown Funk,” Taylor Swift’s “Wildest Dreams,” and the DNCE single “Cake by the Ocean.”

The band started producing its first EP at the beginning of 2016. On April 29, 2016, they released the EP’s single “Hurricane” for purchase. It had a Disney Channel premiered three days earlier and was written by all three members of the group alongside Doug Rockwell and Dustin Atlas.

On June 30, 2016, Teen Vogue released a music video for the album’s other song, “Enough About Me.” On July 1, 2016, the self-titled EP itself was made available. Despite primarily falling under the teen-pop category, the EP’s four songs draw inspiration from a variety of musical styles.

It features four songs as well. On the 2015 DigiTour, the three lads performed live with artists like Demi Lovato, Fifth Harmony, Jesse McCartney, and Bea Miller. They were frequently recognized as one of the most promising groups of the mid-2010s. Along with Olivia Holt, Ryland Lynch, and Isaac Elliot, they have also performed and toured together.

When Attridge and his bandmates appeared on “The Zach Sang Show” in January 2018, a question regarding the K-pop boy band BTS was posed to him. He said that although he believed they (BTS) were cool, they shouldn’t be compared to an American or European band. On social media, the comment received a lot of backlashes, with many accusing Attridge of xenophobia. In the end, he apologized on Twitter.

On April 13, 1999, in Long Island, New York, Liam Attridge was born. His mother is a well-known vocal coach in Long Island, but other than that, little is known about his family. His sister exists.

He was a gifted boy who developed into an outstanding athlete and prolific gamer as an adult. He started performing when he was five years old and was also taught how to play the piano, guitar, and saxophone in addition to singing. He joined Forever in Your Mind in June 2014 and is the group’s newest and youngest member. Instagram personality Brookelynn Elizabeth and Attridge are dating.

One of the wealthiest and most well-known pop singers is Liam. According to our research, Liam Attridge has a net worth of $5 million, as reported by Forbes, Wikipedia, and Business Insider.