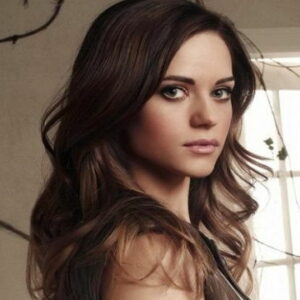 American actress Lyndsy Marie Fonseca began her acting career in soap operas before branching out into television shows and motion pictures. Her career was established by the wildly popular soap opera “The Young and the Restless.” Later, Lyndsy starred in the popular television shows “Malcolm in the Middle” and “NYPD Blue.” The role of “Penny Mosby,” the narrator “Ted Mosby’s daughter,” in the sitcom “How I Met Your Mother” in 2005, however, proved to be her biggest break. She continued to play a part in the show until its 2014 finale, which followed nine extremely successful seasons. After making her acting debut in the 2006 movie “Intellectual Property,” Fonseca made a significant success in 2007 with the superhero parody “Kick-Ass.” She also played the character of “Jenny” in the 2010 smash movie “Hot Tub Time Machine.” With the 2010 television series “Nikita,” she dabbled in action roles, leading to nominations for numerous “Teen Choice Awards.” She appeared on the Maxim Hot 100 list in 2010 at position 62.

In Oakland, California, on January 7, 1987, Lyndsy Marie Fonseca was born. She was an only child growing up. Her parents split up not long after she was born. After some time, her mother got remarried.
Since she was a little child, Lyndsy has been an avid dancer and has never missed a local dance competition. Early in her life, she enrolled in dancing courses, and by the time she was a teenager, the neighborhood had taken to her as a well-liked young dancer.

She lost weight via dancing. She began to dream of being an actor, nevertheless, while she was only starting out in adolescence. She took part in an ‘International Modeling and Talent Association’ (IMTA) event at the age of 13, when she placed third in the ‘Young Miss Dancer of the Year’ competition. At the same tournament, she also finished first runner-up in another competition.

She had a fantastic opportunity at the event because some talent agents who could have helped her break into the entertainment world were there. She relocated to Los Angeles at the age of 12, and after making a splash with her performances at the IMTA event, she was given the opportunity to join the cast of “The Young and the Restless.”

She made an appearance in the renowned soap opera “The Young and the Restless” in 2001. She was a new cast member who wowed the directors with her talent and self-assurance. She became a recurring character on the show as a result for several years.

She was able to secure greater roles thanks to her role on “The Young and the Restless.” She quickly joined a number of projects, including “Malcolm in the Middle,” “Switched!” and “NYPD Blue.” The majority of such assignments were brief and undervalued her abilities.

She landed her first significant career role in the sitcom “How I Met Your Mother” in 2005. The protagonist of the tale was “Ted Mosby,” a father who explains to his kids how he met their mother. She had multiple recurring appearances in the series as “Penny,” the daughter, she played.

Since Lyndsy would develop throughout the course of the series, the show’s creators were concerned about preserving consistency. As a result, all of her scenes were pre-filmed. The comedy eventually surpassed the beloved series “Friends” in popularity.

Since then, Lyndsy has landed a number of substantial roles. One of these chances was her part in the polygamy-themed drama “Big Love,” which was released in 2006. In addition to being a very contentious series, it was also a critical and financial success. In the first season, Lyndsy played the pivotal character “Donna.”

After then, Lyndsy carried on with her career, assuming important parts in the television shows “CSI: Crime Scene Investigation,” “House,” and “Heroes.”

Her cinematic career also grew throughout this time. She made her acting debut in the 2006 movie “Intellectual Property,” and in the hit movie “Remember the Daze,” she played the role of Dawn. The movie had a terrible box office performance. It was dubbed the worst movie ever made by critics.

However, Lyndsy managed her career wisely, and in 2010, the year that brought her the most fame as an actor, she starred in a number of blockbuster films. She has a significant part in the superhero spoof film Kick-Ass. Both the storyline and the actors’ performances in the movie received positive reviews.

After that, another prominent character in “Hot Tub Time Machine,” a hit movie, was cast. Then, in the movie “The Ward,” she had a radically different character to portray. It was a psychological suspense film in which she played the role of “Iris,” a bright and original young adult.

She played a prominent part in the television series “Nikita” in 2010. In the television series based on the popular 1990 movie of the same name, Lyndsy played the character “Alex.”
The made-for-TV anthology film “Five,” which was a compilation of five short stories, featured Lyndsy in a pivotal part. The protagonist of the fifth story, “Cheyanne,” was Lyndsy.

She returned to the role she originally played in ‘Kick-Ass 2’, which was released in 2013. Moments of Clarity, a 2015 adventure comedy-drama movie, gave her another significant part. Lyndsy portrayed “Danielle,” a temperamental young woman with a kind heart. She garnered a ton of praise for her work in the movie.

Then, she appeared as a suitably educated girl named “Natalie” in the romance drama “The Escort.” The movie, which had its 2016 world premiere at the “Los Angeles Film Festival,” received praise from critics for its unconventional subject matter.

With “Marvel’s Agent Carter,” where she performed a recurring part in the first season, Lyndsy continued her fruitful TV career. In the second season, the part was later downgraded to a guest appearance.

She played the lead in all 12 episodes of the 2016 limited series “RePlay.” She appeared in the final episode of the television show “Pitch” to round off the year 2016.

Before getting married to actor and director Matthew Smiley in 2009, Lyndsy Fonseca dated him for a few years. Her marriage, however, proved to be a difficult union, and they parted ways in 2012. The next year, she filed for divorce, claiming that she could not coexist with Matthew and that their differences could not be reconciled.

After that, Lyndsy began dating actor Noah Bean. She made her engagement to Noah public at the beginning of 2016. They wed in the final months of 2016. Greta, their daughter, was conceived in February 2018.

Lyndsy Fonseca has a net worth of $2 million and works as an actor in the United States. In January 1987, Lyndsy Fonseca was born in Oakland, California. A San Francisco-based talent agent found Lyndsy. She made her debut on television in the role of Colleen Carlton on The Young and the Restless from 2001 to 2005. In 2003, she played Jenn Cardell in a recurring role on the television show Boston Public. Fonseca appeared in the TV shows Waterfront in 2006 as Annabelle Marks and in Big Love from 2006 to 2009 as Donna. She played Dylan Mayfair on the television series Desperate Housewives from 2007 to 2009. Lyndsy has been a cast member of the CBS comedy How I Met Your Mother since 2005. She also played Alex from 2010 to 2013 in the television series Nikita. Remember the Daze, Kick-Ass, Hot Tub Time Machine, The Ward, and Kick-Ass 2 are among the films in which she has acted. Malcolm in the Middle, NYPD Blue, Phil of the Future, CSI: Crime Scene Investigation, House M.D., and Heroes are just a few of the shows in which she has made an appearance. Fonseca has received nominations for three Teen Choice Awards, two Screen Actors Guild Awards, and a Scream Award. In 2009, Lyndsy wed Matthew Smiley, however, the couple later got divorced in 2013.