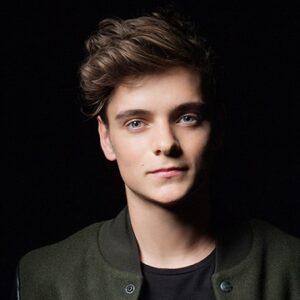 Martijn Gerard Garritsen is a Dutch musician, record producer, and DJ whose music is classified as “progressive house,” “electro house,” “large room house,” and “future bass.” Martin Garrix (stylized form Mar+in Garri) and GRX are his stage names. Garritsen began playing guitar at the age of eight. Garritsen was heavily motivated by fellow Dutch DJ Tisto’s performance at the 2004 Athens Olympics opening ceremony, so he downloaded ‘digital audio workstation’ and ‘FL Studio,’ and taught himself how to make tracks. Tisto discovered him a few years later, and he has since worked with AfroJack, Dimitri Vegas & Like Mike, Dillion Francis, Usher, Julian Jordan, and Troye Sivan, among others. Spinnin’ Records was the start of his career. He formed his own label, STMPD RCRDS, in 2016 and signed with Sony Music. In 2017, he will perform at H Ibiza’ club for a summer residency. In 2016, he was voted No. 1 on DJ Mag’s list of the top 100 DJs in the world.

Martin Garrix’s career as an Electronic Dance Music (EDM) superstar began when he was 14 years old, when he worked as a disc jockey at a high school dance. He released his debut tracks, ‘BFAM’ (with Julian Jordan) and ‘Just Some Loops,’ after meeting Tisto and having him as a mentor (with TV Noise). ‘Error 404’ (featuring Jay Hardway) was his debut tune released through ‘Spinnin’ Records’ in 2012.

The next year, under Tisto’s own label, Musical Freedom, he released ‘Torrent’ (with Sidney Samson). His first huge hit, ‘Animals,’ was released as a digital download on June 16, 2013, and it was also his first solo work. In Europe, the song topped various charts. It also assisted Garrix in becoming the youngest person to have a song chart at No. 1 on the electronic music retailer ‘Beatport.’

On December 2, 2013, his second collaboration with Hardway, ‘Wizard,’ was released. The song was later featured in the 2014 film “Night at the Museum: Secret of the Tomb.” For two weeks, ‘Helicopter,’ a collaboration between Garrix and Firebeatz, was at the top of the Beatport chart. For the first time, he headlined the’Ultra Music Festival’ in early 2014. He released his debut progressive house single, ‘Forbidden Voices,’ on February 6, 2015, a break from his normal large room style. In the same month, he collaborated on the single “Don’t Look Down” with Usher. In 2015, he performed the song “Rewind Repeat It” with Ed Sheeran at the Ultra Music Festival in Miami.

His departure from ‘Spinnin’ Records’ in mid-2015 was due to a disagreement over the ownership of his music. He founded ‘STMPD RCRDS’ in early 2016, and with the label, he released his new single ‘Now That I’ve Found You.’ His promotional track ‘Opps,’ which was published on June 13, 2016, was chosen as the anthem for the 2016 Electronic Entertainment Expo. On July 26, 2016, he signed a contract with ‘Sony Music.’

At the 2017 Coachella Valley Music And Arts Festival in California, Garrix and singer Troye Sivan played their joint single ‘There For You.’ In July 2017, he will perform alongside Justin Bieber at the ‘Barclaycard presents British Summer Time Hyde Park’ performance. He’s also had two musical guest appearances on ‘The Tonight Show Starring Jimmy Fallon,’ the first in 2016 and the second in 2017.

Martin Garrix was named ‘Best Electro / Progressive Track,’ ‘DJ of the Year,’ and ‘Newcomer of the Year’ at the 2013 Dance Music Awards. He received the ‘Buma Award’ for ‘Best International Song’ and the ‘MTV Clubland Award’ for the single ‘Animals’ in 2014. He won the MTV Millennial Award for ‘Beat Guru,’ the MTV Europe Music Award for ‘Best Electronic’ and ‘Best Word Stage Performance,’ and the NRJ Music Awards for ‘Best International DJ’ and ‘Best Live Performance’ in 2016.

Martin Garrix, Kat Deluna, North of Nine, and Halsey featured in a video in May 2015 to tell a joke in support of Comic Relief’s Red Nose Day fund-raising event. A year later, he played in Los Angeles at an event for the non-profit organization ‘Fuck Cancer,’ which is dedicated to cancer early diagnosis, prevention, and support. In November 2016, he toured India and played at a special charity event in Mumbai, with all revenues benefiting ‘Magic Bus,’ an organization that supports the education of 10,000 children around the country.

On February 24, 2017, the ‘SOS Children’s Village in South Africa’ dubbed him a ‘international buddy.’

Martin Garrix was born on May 14, 1996, to Gerard and Karin Garritsen in Amstelveen, a municipality in the province of North Holland, the Netherlands. Laura is his sister. In 2013, he received his MBO diploma in ‘artistic pop music’ from the ‘Herman Brood Academie.’ He is presently dating Charelle Schriek, a model.

Martin Garrix has a net worth of $30 million as a DJ and producer from the Netherlands. Garrix is known for tracks like “Animals,” “In the Name of Love,” and “Scared to Be Lonely,” and is also known as “Ytram” or “GRX.” He is regarded as one of the best DJs in the planet, and he frequently appears on lists of the “Top 100 DJs.”

1) One of the heroes of the upcoming documentary ‘What We Started’ is Martin Garrix.
2) Over the years, he has ghostwritten for a number of musicians.