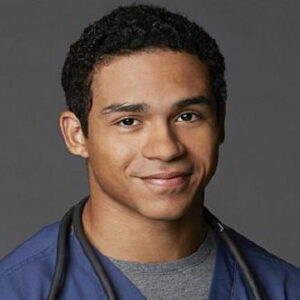 American actor and musician Noah Gray-Cabey has been in a number of popular TV shows. Many television programs, including “Ripley’s Believe It or Not,” “48 Hours,” “The Tonight Show,” and “The Oprah Winfrey Show,” featured him. Gray-Cabey began playing the classical piano at the age of four at a number of locations throughout New England and Washington. He traveled through Jamaica on his first tour with the New England Symphonic Ensemble. Gray-Cabey, who is five years old, performed with an orchestra at the Sydney Opera House, the Queensland Conservatory, and the International String Convention in Brisbane as the youngest soloist in history. Gray-Cabey made his television acting debut in 2001 and continued to appear in other popular TV programs. He also appeared in the much-discussed 2006 movie “Lady in the Water.” In addition to being a fantastic performer and singer, Gray-Cabey has received nominations for his outstanding creative work.

Noah Gray-Cabey began his musical career at the young age of four. He began giving performances at several locations in New England and Washington. His first trip was to Jamaica with the New England Symphonic Ensemble.

He went on a tour of Australia the next year, and at the age of five, he performed at Sydney Opera House as the youngest soloist to do so with an orchestra. During the same period, Gray-Cabey gave performances at Brisbane’s International Convention and Queensland Conservatory.

Together with his family, Gray-Cabey has released a CD that includes recordings he made when he was 4 years old. His family has played music by many other composers, including J. S. Bach, Haydn, and Vivaldi. His parents have made numerous significant contributions to the music industry.

They started a program called Action in Music (A.I.M. ), which aims to foster young musicians’ potential. Additionally, it gives the children a stage and the possibility to perform abroad. Since all of the performance proceeds are donated to various hospitals and orphanages in those nations, it is a philanthropic program.

Gray-Cabey has focused his career on acting in addition to music. He made his cinematic debut in 2006 as Joey Dury in the drama “Lady in the Water.” M. Night Shyamalan was the director of this dark fantasy film, and the book adaptation was made available on the same day as the film.

He made his television debut in December 2001 by playing Franklin Aloysius Mumford on the show “My Wife and Kids.” He appeared on episodes of “Grey’s Anatomy,” “CSI: Miami,” “CSI: Crime Scene Investigation,” and “Ghost Whisperer” in addition to these. He portrayed the part of Micah Sanders in the superhero television series “Heroes,” which viewers could see in.

Whitney Gray and Shaw Cabey welcomed Noah Gray-Cabey into the world on November 16, 1995, in Chicago, Illinois. In Newry, Maine, he was raised. Gray-Cabey began using a toy keyboard as a toddler and has always had a passion for music.

He claimed in one of the interviews that by the time he was four, he had made up his mind to use a real piano. In 2004, his family relocated to California.

He attended Lancaster, California’s Paraclete High School, a Roman Catholic high school that prepared students for college. He received his diploma in June 2011 and enrolled at Harvard University.

American actor and musician Noah Gray-Cabey have a $2 million net worth. In November 1995, Noah Gray-Cabey was born in Chicago, Illinois. He began performing at the age of four and went on tour with the New England Symphonic Ensemble to Jamaica.