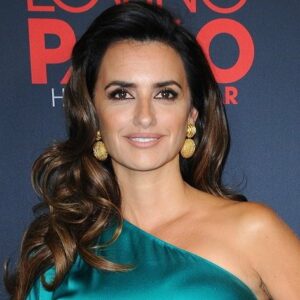 If you ask a cinema enthusiast what the films ‘Open Your Eyes,’ ‘The Girl of Your Dreams,’ ‘Vanilla Sky,’ and ‘Blow’ have in common, the answer will come quickly: Penelope Cruz! With her great skills, compelling appeal, and smart attitude, Penelope Cruz sailed her way to the big screen as a really charismatic Spanish performer of substance. She began re-enacting actors at an early age, which laid the groundwork for her to pursue acting as a vocation. However, she was first met with a lot of rejections while following her aspirations, but she never lost sight of her goal of being a renowned actress. As a result, all of her hard work, determination, and resolve paid off when she was cast in the 1992 film ‘Jamon, Jamon.’ In her first year, she received nominations for Best Newcomer and Best Actress in the Goya Awards, Spain’s equivalent of the Academy Awards. As a result, I began a career that would lead to greater heights! She traveled to Hollywood to make her imprint on the world stage after earning a name for herself in Spanish film circles. She received critical acclaim and recognition for her work, and she was the first Spanish actress to receive an Academy Award and a Hollywood Walk of Fame star. We have included a full sketch of her life, childhood, and profile in the following lines. Continue reading.

Encarna Sanchez and Eduardo Cruz had three children, the oldest of whom was Penelope Cruz Sanchez. Her father worked as a shopkeeper and auto mechanic, while her mother worked as a hairdresser and personal manager.
Cruz, who was raised as a Roman Catholic, spent most of her youth at her grandmother’s apartment. She enjoyed playing acting games and re-enacting ads, which pleased her friends and parents.

She was interested in dancing as a child and received training in it. She studied classical ballet at Spain’s National Conservatory for nine years. Her attention, drive, and discipline were instilled in her as a result of the dance training, which would come in handy in the future.

Her fascination with cinema began when she was ten years old. Her father brought home a Betamax system, which the entire family used to watch movies. Spanish director Pedro Almod var’s film ‘Tie Me Up! Tie Me Down!’ prompted her to pursue acting professionally.

Her foray into the realm of film wasn’t without setbacks, as she was repeatedly rejected. She, on the other hand, was not one to give up easily, and she persisted in her efforts to land a part.

She tried out for a talent agency in 1989. She won over 300 girls for the role, impressing the judges with her oozing new talent, unrivaled sense of presence, and exceptional acting talents.

Her first appearance in front of the camera was in the song video ‘La Fuerza del Destino’ by the Spanish pop group ‘Mecano.’ She was thereafter regularly featured on television for the rest of the 1990s decade. ‘La Quinta Marcha,’ an adolescent conversation show, featured her as the host. She also had an appearance in an episode of the sexy French TV show ‘S rie rose.’

In 1992, she made her big screen debut in the feature film ‘Jamon, Jamon.’ Silvia, the female protagonist, was played by her. The film had a positive response. She was praised for both her talent and the film’s bold nudity, which made her a big sex symbol overnight.

Her next album, ‘Belle Epoque,’ was scheduled for release the following year. Her portrayal of virginal Luz in this Academy Award-winning film was flawless. It was too early to label her as a successful artist with only two films under her belt, but given her powerful performances and expert approach, she seemed bound for wealth and glory. She fulfilled the prophecy by delivering hit after hit, and by 1996, she had established herself as a successful Spanish and Italian film star.

In 1997, she worked on the film ‘Carne Tremula’ with internationally acclaimed director Pedro Almodovar. Her performance as Isabel Plaza Caballero garnered her international acclaim and paved the path for her to appear in many more films from the Almodovar camp.

‘Love Can Seriously Damage Your Health,’ ‘Live Flesh,’ and ‘Open Your Eyes’ are among her other 1997 releases. The next year, she starred in Stephen Frears’ western ‘The Hi-Lo Country,’ which was a box office flop.
She appeared in films such as ‘Don Juan’ and ‘The Girl of Your Dreams’ in 1998. For her flawless depiction of the character of Macrena Granada in the latter film, she received widespread critical and financial acclaim.

In 1999, she appeared in Peter Almod varfilm .’s ‘All About My Mother.’
Meanwhile, in between doing Spanish films, she studied ballet and English to improve her language skills.
She moved to Hollywood when she was 25 years old. She had no issue securing the job because she was at the top of her game. Her debut Hollywood film, ‘Woman on Top,’ starred her as Isabelle, a world-class chef who suffers from motion sickness. In the same year, she starred in Billy Bob Thornton’s romantic comedy ‘All the Pretty Horses.’ Both films received positive reviews.

Her resume became fairly expensive as a result of her streak of successful films, but the pinnacle remained elusive. With the release of Cameron Crowe’s ‘Vanilla Sky,’ a remake of the Spanish film ‘Open Your Eyes,’ the year 2001 was filled with the same. The film was a box office smash, and it helped her achieve her first crossover hit.
In ‘Blow,’ she was matched opposite acting genius and veteran, Johnny Depp, extending the success story of ‘Vanilla Sky.’ Despite mixed reviews from critics, the picture grossed a stunning $80 million at the box office globally.
She couldn’t build on the popularity of her previous films, ‘Don’t Tempt Me’ and ‘Captain Corelli’s Mandolin,’ since her subsequent releases, ‘Don’t Tempt Me’ and ‘Captain Corelli’s Mandolin,’ received mixed reviews. Despite this, the latter managed to keep the box office going with a worldwide gross of $62 million.

She starred alongside Salma Hayek in the western comedy film ‘Bandidas’ in 2006. Following that, she appeared in the Almod var’s camp film ‘Volver.’ She got various honors and accolades for the same.
She made her film debut in Woody Allen’s ‘Vicky Cristina Barcelona’ in 2007. She nailed the role of Mar an Elena, a psychologically unstable woman, and received rave acclaim from reviewers and spectators alike. She was also nominated for an Academy Award for Best Supporting Actress.

In 2010, she made a cameo appearance in the sequel to the 2008 film ‘Sex and the City,’ ‘Sex and the City 2’. The following year, she joined the cast of the fourth installment of the Pirates of the Caribbean film franchise.
Woody Allen’s 2012 film ‘To Rome with Love’ and ‘A Matador’s Mistress,’ both available on demand via cable, satellite, telecom, and online, are two of her most recent releases. In Sergio Castellitto’s war story ‘Venuto al Mondo,’ she is claimed to be working with him.

Major Works ‘Vanilla Sky’ is the pinnacle of her professional trajectory. The picture, which starred Tom Cruise, was a box office success, grossing more than $200 million worldwide. It went on to become her all-time highest-grossing film.

In 2006, she won the Empire Award for Best Actress for her performance in Volver.
For her depiction of Maria Elena in ‘Vicky Cristina Barcelona,’ she received the highly coveted Academy Award and BAFTA Award in the category of Best Supporting Actress in 2008.
She was honored with a star on the Hollywood Walk of Fame in 2011. As a result, she became the first Spanish actress to receive the prestigious Star Award.

In 2007, she began dating Javier Bardem, her ‘Vicky Cristina Barcelona’ co-star. In 2010, the two tied the knot in marriage. Leonardo and Luna, the couple’s two children, were born to them.
Pedro Almod var, a Spanish director, is a personal friend of hers. She owns a clothing brand when she’s not acting.

Penélope Cruz has a net worth of $75 million.

For the film ‘Vicky Cristina Barcelona,’ this Spanish actress turned Hollywood actress became the first Spanish actress to receive an Academy Award for Best Supporting Actress. She is also the first actress from Spain to be honored with a star on the Hollywood Walk of Fame.