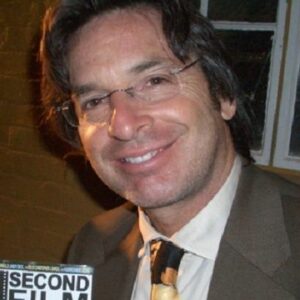 Robert Reed Carradine is an American actor who is most known for his role as Lewis Skolnick in the ‘Revenge of the Nerds’ movies. He was born into a family of actors, thus acting was in his blood. He created a musical quartet with his paternal half-brother, late David Carradine, and two others while still in high school, and entertained crowds at modest clubs in Los Angeles and San Francisco. He made his cinematic debut in an episode of the western adventure ‘Bonanza’ in 1971, seemingly easily transitioning from music to acting. He made his debut film as a cowboy named Slim Honeycutt in John Wayne’s ‘The Cowboys’ a year later. Despite the film’s lackluster box office reception, Carradine’s performance was well-received, and it helped him land his next movie, Martin Scorsese’s “Mean Streets.” His debut appearance as a male lead was in the 1976 comedy-romance ‘The Pom Pom Girls.’ Before being cast in ‘The Revenge of the Nerds’ in 1984, he played the lead in numerous previous films. In his more recent efforts, he has also played the dads of Lizzie McGuire and Max Keeble.

Robert Carradine is the youngest son of actor John Carradine and actress and artist Sonia Sorel, and was born on March 24, 1954, in Hollywood, California. He has two older brothers, Christopher and Keith; two paternal half-brothers, Bruce (adopted) and David, from John’s marriage to Ardanelle Abigail McCool; a maternal half-brother, Michael Bowen, from Sonia’s marriage to Beat painter Michael Bowen; and two stepbrothers, Dale and Michael, from John’s marriage to Doris Rich (adopted).

Robert’s parents split when he was two years old, and an unpleasant custody fight occurred. During the proceedings, he, Christopher, and Keith were placed in a home for mistreated children as wards of the court. Later, Keith Carradine equated the experience to being imprisoned. John finally prevailed, and his children were returned to him.

Doris Rich, his father’s third wife, was mostly responsible for Robert’s upbringing, and he mistook her for his mother for a long time. Sorel was introduced to him during a Christmas party when he was 14 years old. Keith later approached him and told him who she was. He moved home with David in Laurel Canyon, California, while he was a high school student, where he acquired his lifelong passions for race cars and music.

Robert Carradine began his acting career in the 1971 episode ‘A Home for Jaime’ of NBC’s ‘Bonanza,’ and later in the film ‘The Cowboys,’ demonstrating his acting heritage with outstanding performances. In his brother David Carradine’s renowned TV show ‘Kung Fu,’ he also played Sonny Jim, the mute friend of Serenity Johnson, played by John Carradine (1972).

He teamed with Robert De Niro and Harvey Keitel in the 1973 film “Mean Streets.” He then reprised his role as Slim Honeycutt in the television adaption of ‘The Cowboys’ (1974). The program, which was produced by Warner Brothers and broadcast on ABC for 12 episodes before being canceled early, was produced by Warner Brothers and ran for 12 episodes.

He appeared as Johnnie in the romantic comedy ‘The Pom Pom Girls’ after a string of tiny appearances in films and television shows. The film’s director Joseph Ruben and journalist Robert J. Rosenthal collaborated on the story.
Carradine went on to play a variety of roles in the years that followed. He played a car racer in ‘Cannonball’ (1976), a salmon fisherman in ‘Joyride’ (1977), an American criminal and outlaw Edward Ewing Younger in ‘The Long Riders’ (1980), an American soldier fighting in World War II in ‘The Big Red One’ (1980), a novelist-cum-boxer in ‘The Sun Also Rises’ (1984), prominent American anti-Vietnam War protest leader Rennie Davis in (1990).

Carradine plays a serial murderer in the 1993 horror comedy anthology television film ‘Body Bags.’ He also appeared in the television miniseries ‘The Tommyknockers,’ based on Stephen King’s novel of the same name, which aired in 1993. He played a skinhead in the dystopian science fiction film ‘Escape from L.A.’ (1996). In the comic horror film ‘Mom’s Got a Date with a Vampire,’ he co-starred alongside Caroline Rhea and Matthew O’Leary (2000).

From 2001 until 2004, he starred in the adolescent sitcom ‘Lizzie McGuire’ as Samuel McGuire, the father of the titular heroine (Hilary Duff). In 2003, a film based on the sitcom, ‘The Lizzie McGuire Movie,’ was released. Carradine and the rest of the actors returned to reprise their roles. He played Donald Keeble in Disney’s comedy film ‘Max Keeble’s Big Move’ (2001). He recently participated in Quentin Tarantino’s ‘Django Unchained’ (2012), co-hosted reality competition series ‘King of the Nerds’ (2013-15) with his ‘Revenge of the Nerds’ co-star Curtis Armstrong, and appeared in an episode of ‘Celebrity Wife Swap’ (2015).

Carradine is most recognized for his role in the movie “Revenge of the Nerds.” The film, directed by Jeff Kanew, was a watershed moment in American cinematic history and a superb illustration of 1980s popular culture. Carradine plays Lewis Skolnick, an overly optimistic college student who comes to terms with the fact that he is a geek during the course of the film.

In 1982, Robert Carradine was nominated for a Genie Award for Best Performance by a Foreign Actor for his portrayal of Stanley Howard in the film ‘Heartaches’ (1981). In 1987, he was nominated for a CableACE Award for ‘As Is’ (1986). Robert was honored at the 16th Annual Golden Boot Awards in 1998, together with his brothers Keith and David.

From his relationship with horse trainer’s helper Susan Snyder, Robert Carradine has a daughter, actress Ever Carradine (born on August 6, 1974). He reared her on his own when they broke up. He met Edith or Edie Mani in 1989 and married her in 1990. Marika Reed (born May 2, 1990) and Ian Alexander are their two children (November 14, 1992).

Carradine was involved in a catastrophic vehicle accident in Colorado on March 12, 2015, when he over the dividing line and crashed with a semi-truck. He was taken to a neighboring hospital after fire crews arrived on the scene and pulled him from the wreckage. Mani, who was in the car with him, was also seriously injured.

After 25 years of marriage, Carradine filed for divorce from Mani in November 2015. Mani said in court that Carradine had previously admitted to her and their two children that he had purposefully driven the car “over the highway and into a full-sized semi-truck” in order to murder her.

She went on to say that Carradine, who has professionally driven race cars and is not inebriated, would not lose control of the vehicle so quickly. Carradine responded by admitting that he was psychotic at the time of the accident, but claimed that it was because his wife refused to give him his bipolar drugs.

Robert Carradine is an actor from the United States with a net worth of $300,000 dollars. Robert Carradine is most known for his role in the “Revenge of the Nerds” franchise as Lewis “Lew” Skolnick. “Bonanza,” “Go Ask Alice,” “The Cowboys,” “Police Story,” “The Pom Pom Girls,” “Massacre at Central High,” “Orca,” “Coming Home,” “The Long Riders,” “The Big Red One,” “Just the Way You Are,” “The Sun Also Rises,” “The Twilight Zone,” “Monte Carlo,” “Buy and Cell,” “I Saw What You Did,” “K-9,” “The Disappearance of Christina,” “K

Carradine has English, Dutch, and Irish heritage on his father’s side. He is a direct descendant of Kiliaen van Rensselaer, a Dutch diamond and pearl dealer who was one of the founders of the Dutch East India Company.