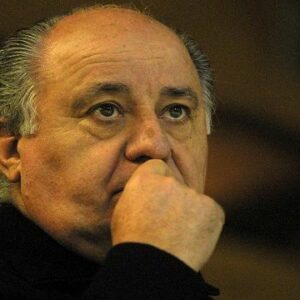 Amancio Ortega, also known as Amancio Ortega Gaona, is a Spanish business magnate best known for founding the Inditex fashion conglomerate, which is the parent company of the well-known fashion brand ZARA, which has over 6000 outlets in over 65 countries. Ortega has a net worth of $77.6 billion in January 2018, making him the richest man in Europe and the fourth richest in the world. He is also the world’s wealthiest trader. Ortega, who earns more than $400 million in annual dividends, has a growing real estate portfolio that includes properties in New York, Miami, London, Barcelona, Chicago, and Madrid. On a personal level, the American businessman avoids the media. This is why, despite being the founder of one of the world’s most prestigious fashion labels, most people have never heard of him! Ortega has three children with his second wife, Flora Pérez Marcote, one of which is Sandra Ortega Mera.

Amancio Ortega began his work as a shop hand for Gala, a shirt maker, where he learnt to sew by hand. In 1972, he established Confecciones Goa and began selling quilted bathrobes. He and his first wife, Rosala, founded the first Zara store three years later. The store was a hit, and Ortega went on to open numerous additional Zara stores across Spain over the next decade. The Inditex group owns the Zara label.

Ortega announced his resignation from the Inditex Group, which owns the Zara chain, in 2011. He gave roughly €20 million to the Roman Catholic humanitarian organization Caritas Internationalis the following year.
Apart from Zara, the Inditex Group currently owns several other well-known brands, including Zara Home, Massimo Dutti, Oysho, and Pull & Bear. It employs over 90,000 people.
Ortega also owns the Torre Picasso, Spain’s highest building, which is valued at $536 million. He also has a private jet and an equestrian center.

Amancio Ortega was born on March 28, 1936, in Busdongo de Arbás, León, Spain, as the youngest of four children to Antonio Ortega Rodrguez and Josefa Gaona Hernández. He grew up in the city of León. He dropped out of school at the age of 14 and went to A Corua because of his father’s job.

He is recognized for being a down-to-earth individual who avoids the spotlight. Ortega usually goes to work in gray jeans, a white shirt, and a blue jacket, none of which are Zara items. The business magnate from Spain does not believe in wearing a tie. He also eats his lunch at work in the company cafeteria with his coworkers.
In his spare time, Ortega enjoys going horseback riding.

Amancio Ortega Gaona has a net worth of $70 billion.