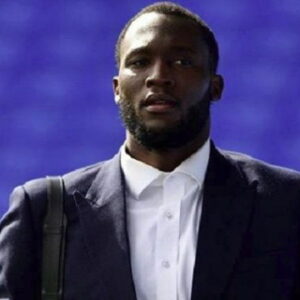 Romelu Lukaku is a Belgian footballer who has represented his country as well as Manchester United in the Premier League. Romelu was born and reared in Antwerp, Belgium, and began playing football at the age of five, joining his first club, ‘Rupel Boom.’ He was eventually found by a larger club, ‘Lierse,’ and enrolled in their youth program. In 68 appearances for ‘Lierse,’ he scored 121 goals, earning him a contract with ‘Anderlecht.’ He quickly rose to the top of the ‘Belgian Championship’ scoreboard. In 2011, he joined ‘Chelsea’ as a result of this. He was loaned to ‘West Bromwich Albion’ in 2012. He signed a three-year contract with ‘Everton’ in 2014. In 2017, he signed a five-year contract with ‘Manchester United,’ after much speculation. Romelu has represented Belgium at both the Under-21 and senior levels. On the field, Romelu is an extremely aggressive player who is known for using his body to get through defenders.

Roger and Adolphine Lukaku gave birth to Romelu Lukaku on May 13, 1993, in Antwerp, Northern Belgium. His family was a member of the Belgian black minority. His father was a huge football lover who never missed a ‘Premier League’ match. Romelu and his father would often spend hours watching the game on TV. He became addicted to the sport quite quickly. His father was a well-known footballer in his youth, having represented Zaire in international competitions.

Through video games, Romelu became addicted to the sport. Despite his passion for football, he excelled in the classroom. Jordan, Romelu’s younger brother, shared Romelu’s enthusiasm for football and the two brothers practiced together.

Romelu’s father, impressed by his son’s unusual passion for football, registered him at a local club, ‘Rupel Boom,’ when Romelu was five years old. He outpaced the other children in the team during his four years at the club. During one of his matches, scouts from another team, ‘Lierse,’ noticed him. ‘Lierse’ had a well-established youth academy, and Romelu was accepted in 2004.

Romelu scored 121 goals in 68 games for ‘Lierse,’ which was an outstanding achievement. After ‘Lierse’ was relegated from the ‘Belgian Pro League,’ ‘Anderlecht’ took several players from the club. Romelu was one among them, scoring 131 goals for ‘Anderlecht’ in 93 appearances. Romelu was quickly establishing himself as a popular young footballer.

‘Anderlecht’ offered Romelu a three-year contract as soon as he turned 16 in 2009, refusing to let him go. During the 2009–2010 season, he became a significant player of ‘Anderlecht’s first team,’ scoring 15 goals and finishing the season as the ‘Pro League’s leading goal-scorer.’ His effort proved to be one of the most important factors in ‘Anderlecht’ winning the Belgian title. ‘Anderlecht’ also advanced to the ‘UEFA Europa League’ top 16 round.
The following season, ‘Anderlecht’ lost the Belgian crown. Romelu, on the other hand, scored 25 goals during the season and was recognized for his efforts. Romelu was courted by ‘Premier League’ team ‘Chelsea,’ and he signed a five-year contract with them in 2011. In his first ‘Premier League’ game against ‘Blackburn Rovers,’ Romelu was named ‘Man of the Match.’

Romelu’s performance had lost its sharpness at the conclusion of the season, and despite his club won the ‘UEFA Champions League,’ Romelu was dissatisfied with his performance. For one season, he was loaned to ‘West Bromwich Albion,’ where he scored against ‘The Hawthorns.’ He indicated his wish to continue with ‘West Bromwich Albion’ for another season after his first season ended. He showed his worth by outscoring all of his “real” Chelsea colleagues. He was the sixth-highest goal scorer in the 2012–2013 season. He returned to ‘Chelsea’ at the start of the 2013–2014 season, and in 2013, he was loaned to ‘Everton’ for a season. In early 2014, he was rated one of the top 10 European players by ‘The Guardian’ after a successful haul. Romelu scored 15 goals for ‘Everton’ in 31 league appearances before the end of the season, helping his team finish fifth overall. He also contributed to his team’s overall point total reaching a new high of 72 points.

He was happy playing for ‘Everton,’ and he couldn’t say no when they offered him a five-year contract. He was one of the tournament’s top two scorers in the 2015 ‘UEFA Europa League.’
Romelu became the first striker from ‘Everton’ to score six goals in a row in the ‘Premier League’ in December 2015, making him the first striker from the club to do so. In the seventh match, he scored again, becoming the first ‘Everton’ player to score in seven consecutive games across all competitions.

Romelu scored a hat-trick in the first 12 minutes of a game against ‘Sunderland’ during the 2016–2017 season in September. This was the twelfth-fastest hat-trick in the history of the ‘Premier League.’ Throughout the season, he broke numerous records and maintained his beautiful form.
He was named to the ‘Professional Footballers’ Association Team of the Year,’ or ‘PFA Team of the Year,’ in April 2017, and was a strong contender for the ‘PFA Player of the Year’ and ‘PFA Young Player of the Year’ honors.

He signed a deal with ‘Manchester United’ in July 2017 and made his debut against ‘Real Madrid’ in the ‘UEFA Super Cup.’ Romelu scored ten goals in his first nine outings for ‘Manchester United.’ He scored 24 goals in 29 games for the leading ‘Premier League’ squad at the end of his debut season.

Since 2014, Romelu Lukaku has been dating Julia Vandenweghe and has never kept his relationship a secret. They appear to be having a good time in their vacation images on social media.

As himself, Romelu appeared in the documentary ‘De school van Lukaku.’ The documentary was made by a Dutch television station. When he was a teenager, he was a member of the ‘Anderlecht’ youth academy. In the film, he participates in routine activities with his peers.
Romelu can communicate in a many of languages. He is fluent in the following languages: Dutch, English,

Romelu Lukaku has a net worth of $20 million.