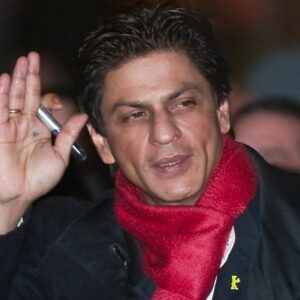 Shah Rukh Khan is one of the most well-known actors in the Indian film industry, and he has ruled the Indian film industry for decades. Shah Rukh Khan is known as the romantic icon of Indian cinema and is known by various nicknames, including ‘Badshah of Bollywood,’ ‘King Khan,’ and ‘King of Bollywood.’ He was an excellent student who excelled in extracurricular activities as well. He pursued his dream of becoming an actor, and his dedication to his craft made him one of the most well-known performers on the planet. Throughout his career, he has put in a lot of effort and has never given up. He’s been through a lot in his life, including injuries and criticism, but it’s only fueled his passion. Every time he was confronted with a challenge, the talented actor began again. He has a positive outlook on life and approaches everything with a firm confidence in God. As an actor, he has experienced both immense success and heartbreaking disappointment. His accomplishments, on the other hand, make his failures look insignificant. He is also a producer and the owner of a cricket team that competes in the ‘Indian Premier League.’ He is a family man who, despite his hectic schedule, makes time for his loved ones.

He was born on November 2, 1965, in New Delhi, India’s capital city, to Meer Taj Mohammed Khan and Lateef Fatima.
Khan received his education at Delhi’s ‘St. Columba’s School,’ where he excelled as a student. He excelled in sports and was awarded the ‘Sword of Honour,’ the highest honor offered by the college on a student.
In 1985, he enrolled in Delhi’s reputed ‘Hansraj College’ to complete his degree with a concentration in Economics. During this time, he also received acting training from Barry John, a playwright who was a member of the ‘Theatre Action Group.’
In 1988, he obtained his bachelor’s degree and subsequently enrolled in the ‘Jamia Millia Islamia University’ to pursue post-graduate studies in Mass Communication. He dropped out of the institute, though, and opted to pursue a career as an actor.
He studied acting at Delhi’s ‘National School of Drama’ for a while before breaking into the industry.

He made his acting debut in the 1988 television show ‘Dil Dariya,’ directed by Lekh Tandon. The premiere of this show was delayed due to a few production issues, but it was eventually released.
Another series starring Shah Rukh, titled ‘Fauji,’ premiered in 1989, marking his first appearance on television. In the same year, Khan starred in the soap opera ‘Circus,’ in which he played a pivotal part.
He also appeared in other television shows such as ‘Umeed’ and ‘Wagle ki Duniya,’ as well as the telefilm ‘In Which Annie Gives It Those Ones’ at the same period.
In 1991, he appeared in filmmaker Mani Kaul’s series “Idiot,” and the following year, this aspiring actor traveled to Mumbai (then Bombay) with the goal of breaking into the Indian film business.
In the same year, he signed four film deals and began filming ‘Dil Aashna Hai,’ the directorial debut of Indian actress Hema Malini.
In 1992, his film ‘Deewana’ was released, and the actor’s Bollywood career began. Several additional films starring the actor were released this year, including ‘Dil Aashna Hai,’ ‘Chamatkar,’ and ‘Raju Ban Gaya Gentleman.’
Khan took on the character of an anti-hero after playing the protagonist in a few films. He starred as an anti-hero in the films ‘Darr’ and ‘Baazigar’ in 1993. His film ‘Maya Memsaab’ was released the same year. Due to a naked sequence involving Khan and actress Deepa Sahi, the film sparked a lot of criticism. His films ‘Anjaam’ and ‘Kabhi Haan Kabhi Naa’ were released the next year.
The actor’s reincarnation-themed film, ‘Karan Arjun,’ was released in 1995. In this film, directed by Rakesh Roshan, he appeared with another well-known actor, Salman Khan.
The year 1995 marked a watershed moment in Khan’s career as well as the Indian cinema industry, with the release of the ground-breaking film ‘Dilwale Dulhania Le Jayenge.’ Aditya Chopra made his directorial debut with this film, which was released by the well-known film label ‘Yash Raj Films.’ This film was a box office smash and received positive reviews from both audiences and critics. It has shattered all previous records in the Indian cinema business while also setting new ones. It was dubbed a “all-time blockbuster” by movie industry insiders. This film has been showing in theaters since 1995 and is still showing.
1996 was not a particularly fruitful year for him, as all of his films released during that year underperformed at the box office. ‘Army,’ ‘English Babu Desi Mem,’ and ‘Chaahat’ are among them. His film ‘Yes Boss’ was released in theaters across India the following year.
He played the lead in a number of films between 1997 and 1999, including ‘Pardes,’ ‘Dil Toh Pagal Hai,’ ‘Duplicate,’ ‘Dil Se,’ ‘Kuch Kuch Hota Hai,’ and ‘Badshah.’ His performances in these films helped him establish himself as an icon in the Indian film industry.
In 1999, he became a producer and co-founded the Dreamz Unlimited production firm with actress Juhi Chawla and famed director Aziz Mirza.
‘Phir Bhi Dil Hai Hindustani,’ starring Juhi Chawla and Shah Rukh Khan, was the production house’s first film. This film, which was released in the year 2000, was a box office flop.
His film ‘Mohabbatein,’ which starred the famed Indian actor Amitabh Bachchan, was released the same year by the renowned banner ‘Yash Raj Films.’ Many people thought that the film was partially based on the classic Hollywood film ‘Dead Poet’s Society.’
Khan’s film, ‘Kabhi Khushi Kabhie Gham,’ was released in 2001 and was directed by acclaimed filmmaker Karan Johar’s company, ‘Dharma Productions.’ For the past five years, the family drama film has had the largest foreign box office collection.
His film ‘Asoka,’ based on the life of the great Indian emperor of the same name, was released the same year. Unfortunately, this picture was a box office failure as well. It was, nonetheless, favorably welcomed by audiences at film festivals such as the ‘Venice Film Festival’ and the ‘2001 Toronto International Film Festival.’
The period drama film ‘Devdas,’ directed by Sanjay Leela Bhansali, was released in 2002. The picture received a lot of positive feedback from the public and critics. Khan’s acting in the film was likewise well-received. Between 2003 and 2007, he starred in a number of films that went on to become box office hits. ‘Kal Ho Naa Ho,’ ‘Chalte Chalte,’ ‘Veer-Zaara,’ ‘Swades,’ ‘Main Hoon Na,’ ‘Kabhi Alvida Na Kehna,’ ‘Paheli,’ ‘Don,’ ‘Chak De! India,’ and ‘Om Shanti Om’ are among these works.
After splitting up with his business colleagues Juhi Chawla and Aziz Mirza in 2004, he resurrected his production company in 2004. ‘Red Chillies Entertainment’ is the name of his new company enterprise, which is run by his wife Gauri.
In 2007, he hosted the popular quiz program ‘Kaun Banega Crorepati.’ He also hosted a couple of other TV shows, including ‘Kya Aap Paanchvi Pass Se Tez Hain?’ and ‘Zor Ka Jhatka: Total Wipeout.’
He made a cameo appearance in the film ‘Rab Ne Bana Di Jodi,’ directed by Aditya Chopra, in 2008, and a special appearance in the film ‘Billu,’ the following year.
Along with actress Juhi Chawla and her husband Jay Mehta, he obtained the ownership rights to the cricket team representing Kolkata in the ‘Indian Premier League’ (IPL) cricket league in 2008. ‘Kolkata Knight Riders’ was the name given to this team.
In 2010, he released the film ‘My Name Is Khan,’ which was based on a true story and received critical acclaim. The film went on to break box office records in other countries, earning the title of “highest grossing Indian film in foreign markets.”
He appeared in a number of films between 2011 and 2014, including ‘Ra One,’ ‘Don 2,’ ‘Jab Tak Hai Jaan,’ ‘Chennai Express,’ and ‘Happy New Year.’ He has a number of film projects in the works, including Maneesh Sharma’s upcoming film ‘Fan.’ The film’s production is supposed to be finished.

He has starred in a number of blockbuster films, which has added to his illustrious career. The film ‘Dilwale Dulhania Le Jayenge’ was, nevertheless, Shah Rukh’s biggest hit (DDLJ). The film is also regarded as one of the most successful blockbusters in Indian cinema history. This picture debuted in theaters in 1995 and broke box office records. This has completed 1000 weeks of continuous broadcasting in 2014, which is a new record.

This celebrity has won numerous awards, beginning with a ‘Filmfare’ award for his debut picture, ‘Deewana,’ in the category of ‘Best Debut.’
‘Baazigar,’ ‘Dilwale Dulhania Le Jayenge,’ ‘Dil Toh Pagal Hai,’ and ‘Kuch Kuch Hota Hai,’ as well as ‘Devdas,’ ‘Swades,’ ‘Chak De India,’ and ‘My Name Is Khan,’ have all won the ‘Filmfare’ in the ‘Best Actor’ category.
He was also nominated for a ‘Filmfare’ award in the ‘Best Villain’ category for the film ‘Anjaam.’ For the film ‘Kabhi Haan Kabhi Naa,’ he earned the ‘Filmfare Critics Award for Best Performane,’ and for ‘Mohabbatein,’ he won the ‘Filmfare Critics Award for Best Actor.’
In 1997, he received the prestigious ‘Best Indian Citizen Award.’
In 2005, this actor won the ‘Global Indian Film Awards’ (GIFA) in two categories: ‘GIFA Best Actor Award’ and ‘GIFA Most Searched Male Actor on the Internet’ for his film ‘Swades.’
For his films ‘Devdas’ and ‘Veer-Zaara,’ as well as ‘Chak De! India,’ he received the ‘International Indian Film Awards’ in the ‘Best Actor’ category from 2001 to 2014. He has also received the ‘Most Popular Actor’ title, as well as the ‘Star of the Decade’ and ‘Digital Star of the Year’ honors from the IIFA.
He received the ‘Rajiv Gandhi Award for Excellence in the Field of Entertainment’ in 2002.
The Indian government honored him with the ‘Padma Shri’ award in 2005. In India, this is the fourth highest civilian honor. In 2011, the United Nations Educational, Scientific, and Cultural Organization (UNESCO) honored his philanthropic efforts by awarding him the ‘Pyramide con Marni’ prize.

He married Gauri Chibber on October 25, 1991, after a six-year courtship, and the pair has three children: Aryan, Suhana, and AbRam, a surrogate child. Gauri comes from a Punjabi household that practices both Islam and Hinduism.
A catastrophic spinal injury in 2001 had a negative impact on this actor, and he had to undergo surgery, which put a temporary halt to his career.
He is a family man who acted in the sci-fi film ‘Ra One,’ which was about robots, in 2011. The actor stated that he worked on the film to fulfill the demands of his children, who are huge fans of superheroes and video games.
‘Pulse Polio,’ ‘National AIDS Control Organization,’ and ‘Water Supply and Sanitation Collaborative Council’ are just a few of the causes that this performer supports.

Shah Rukh Khan’s net worth is reported to be at $750million. In the year 2014, he was placed second on the list of the world’s wealthiest actors.

His wax statue was put in the ‘Madame Tussauds’ museum in London in 2007, making him the third Indian actor to be honored with a slot there.