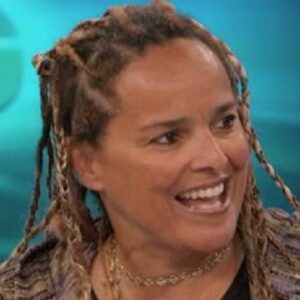 Shari Lynn Belafonte is an American actress, writer, and singer who previously modeled for Playboy. She is well-known for her depiction as ‘Julie Gillette’ on the prime-time ABC drama series Hotel.’ She began her career as a model, posing for renowned labels such as Calvin Klein. She ultimately transitioned to acting and has also held assistant director positions. She also made two albums as a singer in the late 1980s. She is best renowned for her work on television, but she has also appeared in numerous films. Her filmography includes the popular biography/drama If You Could See What I Hear, by the singer Tom Sullivan. She has also served as a spokesperson for the diet product ‘Slim-Fast’ in addition to her career in the entertainment industry.

Shari Belafonte began her career as a model and was featured on the covers of several fashion publications. She also posed for major labels such as Calvin Klein. In 1982, she made her film debut as ‘Heather Johnson’ in ‘If You Could See What I Hear,’ a biographical drama based on the life of the famed blind musician ‘Tom Sullivan’.

The picture was directed by Eric Till, and the audience admired Shari’s effort. Tom Kennedy directed another picture titled ‘Time Walker’, also known as ‘Being from Another Planet’, starring her the same year.

Shari relocated to Los Angeles after entering the film industry and began working as a publicist’s assistant at Hanna-Barbera Productions. By this time, she had already been in two films and numerous television programs, including “The Misadventures of Sheriff Lobo,” “Different Strokes,” and “Trapper John, M.D.” In addition to continuing her modeling career, she posed for top fashion magazines.

Shari was offered a starring part in the ABC drama series Hotel in 1983. The show lasted in prime time for five years and was a tremendous success for both the production company and Shari. In addition to her role in ‘Hotel,’ Shari appeared in numerous more television and film productions.

These included the television shows Family Feud,’ ‘The Love Boat,’ and ‘Matt Houston,’ as well as the comedic horror film ‘The Midnight Hour,’ in which she portrayed ‘Melissa Cavender.’

During the 1980s, she began having an interest in music. Shari secured a contract with Metronome Records and released two albums in 1987 and 1989, named ‘The Eyes of Night’ and ‘Shari’, respectively.

In the meantime, television producer Aaron Spelling selected Shari for the role of Julie Rogers on ‘Charlie’s Angels,’ but the part went to Tanya Roberts instead. Shari starred opposite Leah Ayres, Mary Margaret Humes, and Sheree J.

Wilson in the action-drama series Velvet, which Aaron Spelling signed her for later. In the 1990s, she appeared in “Beyond Reality” and “Hey Arnold!” and in films such as “Fire, Ice, and Dynamite.”

Shari Belafonte was born in New York City on September 22, 1954, to actor-singer Harry Belafonte and psychologist Marguerite Belafonte. During her childhood, she traveled with her family throughout Massachusetts and attended institutions such as Windsor Mountain School in Lenox, Buxton School in Williamstown, and Hampshire College in Amherst.

She obtained a Bachelor of Fine Arts degree in Drama from Carnegie-Mellon University in Pittsburgh.
Shari married Robert Harper on May 21, 1977, however, the couple divorced in 1988. On December 30, 1990, she wed her current spouse, Sam Behrens, a year later.

She has been the international spokesperson for the Starlight Children’s Foundation as well as the spokesperson for several corporations, including Slim-Fast, Diet System 6, Bally’s International Health and Fitness, and Estroven. She has worked for numerous causes relating to children, animals, and the environment. She is also quite enthusiastic about photography.

American actress, model, author, and singer Shari Belafonte has a net worth of $5 million. In September of 1954, Shari Belafonte was born in New York City, New York. The singer Harry Belafonte is her father.