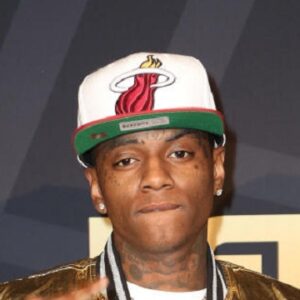 DeAndre Cortez Way, better known by his stage name Soulja Boy, is an American rapper and record producer. He has a number of singles, mixtapes, and albums to his name. Soulja Boy’s career in music began when he moved to Mississippi as a young boy, and his father equipped him with a recording studio. There, the young performer made all of the necessary connections to launch a serious musical career. After creating his Stacks on Deck Entertainment company and successfully promoting his music online in 2004, he returned to Atlanta to chase industry leads and began performing live. His debut hit, ‘Crank That (Soulja Boy),’ reached number one on the Billboard Hot 100 in September 2007. The track went on to become a seven-week non-consecutive number-one hit in the United States. He has three studio albums and one independent album to his credit as of January 2017. The RIAA awarded him platinum status for his debut studio album.

DeAndre Cortez Way, better known as Soulja Boy, was born on July 28, 1990, in Chicago, Illinois, United States. Way moved to Atlanta with his family when he was six years old.

Way’s passion for music inspired him to pursue a career in music. At the age of 14, his father equipped him with a recording studio in Batesville, Mississippi, allowing him to pursue his musical dreams.

The internet was important in Soulja Boy’s early musical success. In November 2005, he submitted a song on the website SoundClick, which received great feedback. This prompted him to create YouTube and Myspace accounts for his musical endeavors.

His debut album, ‘Unsigned & Still Major: Da Album Before da Album,’ was released in March 2007. In May 2007, the song ‘Crank That’ received its first exposure.

It reached number one on the Billboard Hot 100 and Hot RingMasters charts in the United States, and it was also included on the television show ‘Entourage.’ He signed a deal with Interscope Records after the single’s success.

Soulja Boy’s major label first album, ‘Souljaboytellem.com,’ was released in October 2007. It reached #4 on the Billboard 200 and #4 on the Top R&B/Hip-Hop Albums charts. It was followed up by ‘iSouljaBoyTellem’ in December 2008. The second studio album was met with disapproval.

With his third single, ‘Turn My Swag On,’ he silenced his naysayers, who had dubbed him a one-hit wonder. The song reached number 19 on the Billboard Hot 100 and topped the US Rap Charts. He released many mixtapes around this time, including ‘Paranormal Activity,’ ‘Dat Piff,’ and ‘Cortez.’

The jinx of Soulja Boy’s failed releases continued with his third studio album, ‘The DeAndre Way,’ which is his lowest-selling album to date. ‘Pretty Boy Swag,’ however, charted at number 34 on the Billboard Hot 100, number six on the Hot R&B/Hip-Hop Songs list, and number five on the Rap Songs chart.

He began releasing mixtapes in 2011, beginning with ‘Smooky,’ then ‘1UP,’ and finally ‘Juice.’ Later, he released the ‘Bernaurd Arnault EP’ EP mixtape, which was followed by ’21: EP’ and ‘The Last Crown’. He released a few more mixtapes before the end of the year, including ‘Supreme,’ ‘Skate Boy,’ and ‘Gold On Deck.’

’50/13,’ ‘Mario & Domo vs. the World,’ ‘OBEY,’ and ‘Double Cup City’ were among Soulja Boy’s mixtapes released in 2012. He released the sequel mixtape ‘Juice II’ in September 2012, which became his most-downloaded mixtape. He then released the mixtapes ‘Young & Flexin’ and ‘LOUD,’ the latter of which was his first mixtape to be available on iTunes.

Soulja Boy said in 2011 that he was working on an album called “Promise.” Due to delays in the album’s release, he released the mixtape “Foreign” in February 2013. He got a contract with Cash Money Records after his record deal with Interscope Records expired.

He renamed his album ‘USA DRE’ and published the album’s first song, ‘Handsome.’
He released the EP ‘All Black’ in March 2013, followed by the mixtape ‘Foreign 2’. Later, he released a series of mixtapes and EPs, including ‘King Soulja’ and his second EP ‘Cuban Link,’ as well as mixtapes ‘Life After Fame,’ ’23,’ and ‘The King.’

Soulja Boy continued to produce mixtapes in 2014, releasing ‘King Soulja 2’ in March. Following that, he released his debut digital album, ‘Super Dope.’ Following that, he wrote and sang on Nicki Minaj’s promotional track ‘Yasss Bish,’ which was well received by music reviewers.

He released his second digital album, ‘King Soulja 3’, on iTunes in June 2014. Gudda Gudda and Rich The Kid made cameo appearances. Following that, he released the mixtape ‘Young Millionaire,’ which included Sean Kingston, Cap.1, and Rich The Kid.

He later secured a new label deal with Universal Music Group in November 2014. He also revealed details about his next projects, including his fourth studio album, ‘Loyalty.’

Soulja Boy’s fourth studio album, ‘Loyalty,’ was released in 2015. He also released singles, mixtapes, and a digital album on top of that. He then released the tune ‘Whippin My Wrist,’ which reached number 48 on Billboard’s trending 140 chart.

‘Swag The Mixtape,’ ’25 The Movie,’ and ‘M & M: Money and Music’ were among his subsequent mixtapes. He released his digital album ‘King Soulja 4’ in July.

Soulja Boy’s fifth and sixth digital albums, as well as various mixtapes, singles, and videos, were released in 2016. ‘Stack on Deck,’ his fifth digital album, was followed by ‘Better Late Than Never,’ his sixth.

‘Souljaboytellem.com,’ his debut studio album, was likewise a hit, reaching number four on the Billboard 200 and Top R&B/Hip-Hop Albums charts.

Best Hip-Hop Dance was awarded to Soulja Boy at the 2007 BET Hip-Hop Awards. In the same year, he won the Ozone Award for ‘Patiently Waiting: Mississippi.’

There isn’t a lot of information regarding Soulja Boy’s personal life available.

Soulja Boy has a $30 million net worth as an American rapper, record producer, actor, and entrepreneur.