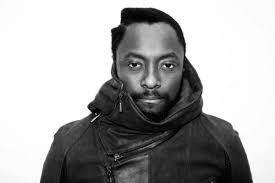 William James Adams, better known by his stage name will.i.am, is an American rapper, singer, actor, songwriter, hip-hop artist, music composer, and record producer. He is one of the original members of the ‘Black Eyed Peas’. will.i.am has also acted in films such as X- Men Origins, Madagascar: Escape2 Africa, and the animated blockbusters ‘Rio’ and ‘Rio 2’, where he played the rapping red crested cardinal Pedro. He provided his voice for the video game ‘X- Men Origins: Wolverine.’ William has seven Grammy Awards, one Latin Grammy, 10 Television Rack Awards, and two Daytime Emmy Awards to his name. Usher, Ke$ha, Priyanka Chopra, Snoop Dogg, Cheryl Cole, Nicki Minaj, Britney Spears, Justin Bieber, Carlos Santana, Ricky Martin, Lady Gaga, and Miley Cyrus are just a handful of the artists with whom he has collaborated and produced music. William was born and reared in a ghetto by his mother on her alone, and the family was highly reliant on public assistance. He moved his family out of the ghetto after achieving fame with his music.

William James Adams Jr. was born in East Los Angeles, California, on March 15, 1975, to William Adams Sr. and Debra (nee Cain). He grew up in the Boyle Heights district of Los Angeles, California, in the Estrada Courts housing complexes. They were the first residents of this low-income housing building.
Will.i.am was raised exclusively by his mother, along with his three biological and adoptive siblings, after his father abandoned the family. As a result, he has no recollection of his father, whom he has never met.
He was one of the few African-Americans in a predominantly Hispanic Latino neighborhood. Nobody ventured to bother William’s family, he claims, because of his grandmother, who was adored by all in the area and prayed for everyone’s well-being. William’s mother warned him against imitating the behavior of the local youth.
Will.i.am has remarked that the only way he found serenity in such a desolate and hostile environment was through his music. His mother encouraged him to pursue his passion for music by enrolling him in private schools in West Los Angeles.
He began his musical career as an eighth-grader at John Marshall High School, and in the summer of 1987, he began performing in East L.A. clubs with fellow rapper and vocalist Allan Pineda (also known as apl.de.ap).
Later, they were joined by Dante Santiago, a fellow classmate, to establish the Atban Klann hip-hop group (A Tribe Beyond a Nation). In 1992, they were signed to Eazy E’s ‘Ruthless Records’ label by rapper/entrepreneur Eazy E (the Godfather of Gangsta rap). William was known as Will 1 X at the time.
They released a song, “Puddles of H2O,” from the album Grass Roots in 1994, but were dropped from the label after Eazy-death. E’s
William used to go to rave parties in high school and acquired an interest in this form of music, which is why he went for a more electro sound for ‘The Black Eyed Peas’ albums ‘The E. N. D.’ and ‘The Beginning.’

The Black Eyed Peas and Will.i.am

William changed the name of his band to ‘Black Eyed Pods,’ and then to ‘The Black Eyed Peas,’ which included will.i.am, aple.de.ap, and Taboo at the time. They released their debut album ‘Behind the Front’ in 1998, with the first song ‘Joints & Jam’, shortly after signing with Interscope Records. This album was well-received, and artists such as the Rolling Stones were fans of the ‘alterna-rap’ style of music.
The group’s second album, ‘Bridging the Gap,’ was released in 2000, and the track ‘Request+Line,’ starring Macy Gray, was their first Billboard Hot 100 entry.
‘Elephunk,’ released in 2003, featured smash songs such as ‘Boom Boom Pow,’ ‘Let’s Get It Started,’ and ‘I Gotta Feeling.’ The first song, ‘Where Is The Love,’ featuring Justin Timberlake, was released in 2002 and reached number 8 on the US Billboard Hot 100, becoming the year’s best-selling single in the United Kingdom.
Fergie was signed as a permanent member of the group after replacing Nicole Scherzinger when Will recommended that incorporating a female artist in the group would improve their prospects (their first choice). With her vocals, the songs ‘Shut Up’ and ‘My Humps’ from ‘Elephunk’ went viral. This album debuted at 14th on the Billboard Top 200 and 3rd on the UK Album Charts, selling over 8.5 million copies worldwide and 1.6 million in the UK alone.
Following that, they published three albums: “Monkey Business” (2005), “The End” (2009), and “The Beginning” (2010). (2010). The Peas received a Grammy for Best Rap Performance by a Duo for the song ‘Don’t Funk with My Heart’ from Monkey Business, which has been certified three times Platinum by the RIAA and has sold over 10 million copies.

Willam released four studio albums as a solo artist: “Lost Change” (2001), “Must B 21” (2003), “Songs About Girls” (2007), and “#will power” (2008). (2013). His third album debuted at number nine on the US Rap charts, while his single “I Got It from My Mamma” charted at number 31 on the Billboard Hot 100 and number 19 in Australia. Hit tracks like ‘Heartbreaker’ and ‘One More Chance’ were included on this CD.
His album #willpower debuted at #3 on the UK charts and was certified Gold (BPI) and Platinum (RMNZ). On the Billboard Hot 100, Jennifer Lopez and Mick Jagger’s track “T.H.E (The Hardest Ever)” was ranked 36th. The two songs, ‘This Is Love,’ featuring Eva Simons, and ‘That Power,’ featuring Justin Bieber, respectively, hit #1 and #2 on the UK charts and were certified Platinum and Gold. The duet with Britney Spears on the tune “Scream & Shout” received seven Platinum certifications.
William is now working on his new album, titled “Songs About Partying,” which is set to be published in 2018.

Will.i.am is a humanitarian whose charity, ‘I.Am.Angel,’ educates and aids adolescents from poor neighborhoods with their education so that they can compete for better future jobs. Its ‘I.Am Steam’ effort comprises robotics, 3D Experience Labs, ArcGIS (Geographic information systems) Software, and art promotion.

William has also given 500,000 pounds to the Price’s Trust in the United Kingdom, which aims to empower young people. His organization is collaborating with wellness-focused businesses to assist residents of Boyle Heights with safer drinking water and a lead-free environment. In 2013, the World Economic Forum named him as a Young Global Leader.

There is no information on William’s sexual orientation or relationships because he has kept his personal life very secret.

In 2013, William revealed that he suffers from Attention Deficit Hyperactivity Disorder (ADHD).
He attended the Fashion Institute of Design & Merchandising in Los Angeles, where he studied and then took classes. He has worked with Coca-Cola and Ekocycle to recycle plastic bottles into clothing, bikes, and other items.
He owns his own clothing line, i.am, which was showcased at the Magic Apparel Trade Show in Las Vegas.
On both The Voice UK and The Voice Australia, William has served as a mentor.
He became involved in politics after assisting in the advocacy of Obama’s election.