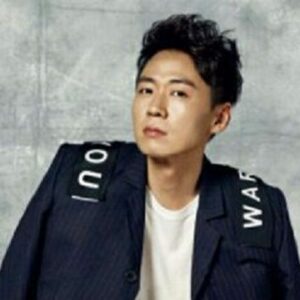 Yeon Jung-hoon is a South Korean actor who is best known for his roles in television series such as ‘Pots of Gold,’ ‘East of Eden,’ ‘Vampire Prosecutor,’ and ‘Jejungwon.’ He made his acting debut in the late 1990s with the television series ‘Wave’, the son of veteran actor Yeon Kyu-jin. This was followed by a slew of other television series, including ‘Yellow Handkerchief’ (2003), which earned him his first KBS Drama Award for Best New Actor. Apart from earning him a PD Award at the MBC Drama Awards, his starring role as Lee Dong-wook in the MBC-aired television series ‘East of Eden’ garnered him recognition. Among Yeon’s other notable television series are ‘Jejungwon’ and ‘Pots of Gold,’ the latter of which earned him several awards, including the Excellence Award for Actor in a Serial Drama at the MBC Drama Awards. He made his feature film debut in 2001 with the South Korean film ‘My Wife Is a Gangster’ and has since starred in films such as ‘Daddy-Long-Legs’ and ‘Love in Magic’. Additionally, he has appeared on variety shows such as ‘Top Gear Korea’ and ‘Running Man’.

He made his screen debut in the SBS television series ‘Wave’ (1999). This was followed by a couple of other series before landing the role of Yoon Tae-young in the 2003 KBS1 television series ‘Yellow Handkerchief.’ That year, the series earned him the KBS Drama Awards’ Best New Actor award.

He made his feature film debut in 2001 with the film ‘My Wife Is a Gangster’. In the film, he portrayed Hyo-min.

He co-starred with Kim Hee-sun and Kwon Sang-woo in the South Korean romance melodrama television series ‘Sad Love Story’ as Lee Gun-woo. It aired on MBC for a total of twenty episodes. He also contributed his voice to the series’ soundtrack.

Yeon starred opposite Ha Ji-won in the 2005 romance film ‘Daddy-Long-Legs,’ which was loosely based on Jean Webster’s novel of the same name. At the box office, the film grossed $2,534,233. It was one of four Korean films screened at Iran’s 2006 International Fajr Film Festival.

‘East of Eden’, a South Korean action romance drama, is one of his notable television series from his career. From August 25, 2008 to March 10, 2009, it aired on MBC in 56 episodes. He won the PD Award at the 2008 MBC Drama Awards for his portrayal of Lee Dong-wook.

This was followed by another noteworthy television series, the period medical drama ‘Jejungwon,’ which aired on SBS from January 4 to May 4, 2010. He portrayed Baek Do-yang, a bright and ambitious nobleman, in it.

He has a strong passion for automobiles, which led him to host the South Korean variety show ‘Top Gear Korea’, a South Korean adaptation of the popular BBC show ‘Top Gear’, for its first three seasons beginning in 2011. Yeon has also appeared as a guest on a variety of other shows, including ‘Running Man’ (2015) and ‘Let’s Eat Dinner Together’ (2016). (2017).

He starred as Min Tae-yeon in the South Korean mystery police procedural thriller television series ‘Vampire Prosecutor.’ The series aired on OCN for two seasons. The first season lasted twelve episodes and aired from October 2, 2011 to December 18, 2011, while the second season lasted eleven episodes and aired from September 9, 2012 to November 18, 2012.

The first season of ‘Vampire Prosecutor’ ranked first in its time slot for eleven consecutive weeks and achieved the highest peak viewership rating of 4.3 percent for a Korean television series in 2011.

He starred in the 2013 action/noir/gangster film ‘Good Friends’ as one of the lead characters.He made his television debut in 2013 with ‘Pots of Gold,’ a romantic comedy drama. This weekend series aired on MBC from April to September 2013 and lasted 50 episodes.

His brilliant performance and portrayal of Park Hyun-soo in ‘Pots of Gold’ earned him the Best Dressed award at the 2nd APAN Star Awards and the Excellence Award for Actor in a Serial Drama at the 2013 MBC Drama Awards.

He appeared alongside Linda Chung in the happy theme of four different stories in TVB’s 2014 Hong Kong microfilm ‘A Time of Love.’ The series’s other three subplots were sad, urban, and cartoon.

Following that, he starred as Min Seok-hoon in the South Korean romance melodrama family television series ‘Mask’. From May 27, 2015 to July 30, 2015, the series aired on SBS in a 20-episode run. Apart from a nomination for Excellence Award, Actor in a Drama Special at the 23rd SBS Drama Awards in 2015, it earned him a Best Actor award at the Grimae Awards.

He made a cameo appearance in the romance comedy drama television series ‘Ms. Temper and Nam Jung-Gi’ as Lee Ji-sang, the female lead’s first ex-husband.

Yeon portrayed Willie in the Hong Kong-Chinese-American action comedy film ‘Skiptrace.’ The film was produced and starred in by Jackie Chan. The film, based on Chan’s story, premiered in China on July 21, 2016 and in the United States on September 2, 2016.

He portrayed Mo Seung-jae, a third-generation chaebol, in the South Korean action thriller melodrama television series ‘Man to Man,’ which aired on JTBC for 16 episodes from April 21, 2017 to June 10, 2017. He can be seen in the 2017 SBS South Korean series ‘Bravo My Life’ as Shin Dong-Woo.

He married South Korean actress Han Ga-In on April 26, 2005, at the Sheraton Grand Walkerhill Hotel Jade Garden in Gwangjang-dong, Seoul. Han appeared alongside him in ‘Yellow Handkerchief’. On April 13, 2016, the couple welcomed their first child, a baby girl.

According to our analysis, Yeon Jung-net hoon’s worth is approximately $1-5 million, as reported by Wikipedia, Forbes, and Business Insider.