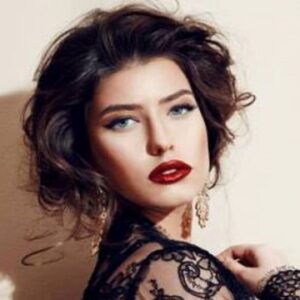 Alice Peneaca is a Romanian model, actress, and social media sensation who rose to prominence as an international model in a relatively short amount of time. She worked on a series of Guess advertisements in Fall 2015, modeling for Guess Lingerie, Guess Accessories, and Guess Handbags, after a brief modeling engagement in April 2014 for FHM Romania. She went on to grace the covers of several Romanian magazines, including ‘The One,’ ‘Viva Magazine,’ and ‘Glamour Romania,’ as well as several overseas publications, including ‘Glamour Italy,’ ‘Vogue Portugal,’ ‘Linea Intima,’ and ‘Teen Vogue.’ Vincent Peters is one of her favorite photographers, with whom she has collaborated on numerous modeling projects, including the cover photoshoot for Elle magazine’s June 2015 issue. She was also featured in an Elle magazine editorial by the Romanian L’Oreal team. She has recently graced the covers of publications like as ‘The Beauty Bazaar,’ ‘Mirese,’ ‘Beau Monde Romania,’ and numerous issues of ‘Elle Romania.’ She began her acting career with a short film and went on to participate in a number of commercials. In 2015, she starred as Beatrice Popescu in her husband Bobby Păunescu’s film Pioneers’ Palace, which he wrote and directed.

The Career of Alice

Alice Peneaca never considered modeling as a career choice when she was growing up, despite the fact that she has already turned a few heads with her modeling work. She trained as a ballerina for about ten years during her childhood.

She even pondered pursuing a career as a doctor or a criminologist. She represented Romania at Expo 2010 in Shanghai prior to her modeling and acting careers. Her modeling career began when she was featured on the cover of ‘FHM Romania’ in April 2014.

Her life was turned upside down in early 2015 when she was found on Instagram by renowned fashion designer Paul Marciano. He invited her to visit his modeling agency, which she agreed to do, and began working with him after her visit.

She scored a high-profile modeling job for Guess Lingerie in the fall of 2015, followed by another modeling job for a Guess Accessories campaign a month later. She rose to become one of the top models in the industry in a matter of months.

Despite the fact that Alice Peneaca began her professional career as a model, she has lofty ambitions and sees acting as the next logical step in her career.

She is married to Bobby Păunescu, a well-known Romanian filmmaker and producer, who she credits with inspiring her desire to be an actress. Her husband’s film Pioneers’ Palace, which premiered at the Sundance Film Festival in 2015, was her first acting role.

She’s also been seen in a number of commercials. She has not, however, completely switched her concentration away from her modeling responsibilities. Indeed, she appreciates the fact that her modeling assignments allow her to travel to other parts of the globe.

Peace, who enjoys meeting new people, has become completely absorbed in the social media experience and has amassed a sizable fan base. She is an Instagram-obsessed “new generation” woman.

Alice Alexandra Peneaca was born in Transylvania, Romania, on Halloween, October 31, 1991. She was interested in acting and attended dance lessons as a child. In 2013, she enrolled in Mandragora Movies Film Academy to study acting.

After dating for a few years, the two married on July 18, 2015, in front of 50 select guests. A magnificent celebration with nearly 300 invited guests followed the intimate wedding ceremony.

Her spouse was previously married for eight years to actress Monica Bîrlădeanu, but the couple divorced in 2012. Peace had earned an award for her modeling work at an event hosted by Bîrlădeanu, her husband’s former partner, who gave her the trophy.

When asked about her meeting with her, she handled the matter gracefully and stunned everyone by lavishing praise on her husband’s ex-girlfriend.

She’s resided in a variety of locations, including Milan, Italy, and Lugano, Switzerland. She plans to relocate to New York or Los Angeles in the future, assuming she can bring her husband and pets with her.

Her two pets, a cat and a dog, each have their own Instagram account. She doesn’t drink or smoke, but she is a Coca-Cola junkie.

The celebrity model Alice Peneaca has a net worth of $2