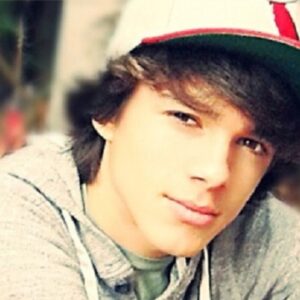 Brent Rivera is a well-known American social media personality that has a wide range of platforms under his belt; nonetheless, he rose to prominence as a YouTuber and Vine Star. He’d had that X-factor since he was eleven years old, when he began acting. This adorable and sweet young man, who is adored by his admirers, especially the girls, has always aspired to be an entertainer. He showed his worth as a YouTuber and Vinestar, achieving a level of fame that many young people and even other social media personalities aspire to. Rivera started his YouTube channel in 2009, and it now has over 2.2 million subscribers. However, the most significant event occurred in 2013, when he launched his Vine channel, which now has over 8.5 million followers. This prominent Vine celebrity also has a sizable fan base on his Instagram and Twitter accounts. When Lilly Singh aka Superwoman, a prominent YouTuber, rapper, actress, and comedian, had a cordial conversation with Rivera on Twitter about collaborating, YouTube fans were excited.

This Los Angeles teen, who isn’t even a “famous” and has never been in a film or television program, is a real heartthrob for a large number of his fans, particularly girls. Getting millions of likes on his Instagram images has become a frequent occurrence for him. Although the exact reason for his enormous popularity cannot be linked to any one aspect of this youngster—whether it’s the videos he posts, his killer looks, or something else—it is undeniable that he is the blue-eyed boy for his fans, who shower him with thousands of favorites and likes every time he uploads something. In January 2014, one of his tweets that said “Goodnight” and included a non-emoji happy face earned over 3000 favorites and 500 retweets.

His most popular YouTube video is a lovely and amusing one that features five relatable things that may drive his followers insane. More than 170,000 people have watched the video. His YouTube channel, ‘MrBrent98,’ has over 2.2 million subscribers and consists primarily of uploads that often contain material such as his opinions on something or his current endeavors, as well as things like performing sketches. This isn’t all, though. The tremendous success that he has garnered stems from the Vine account ‘thebrentrivera,’ which he started in 2013 and now has over 8.5 million followers. He garnered millions of likes and revines on his Vines, as well as thousands of comments. The ‘Modern Family’-themed Vine, for example, earned over 220,000 likes and 200,000 revines. Around 10,000 people commented on it.

Brent Rivera (@brentrivera) released this video on September 15, 2016 at 1:46 p.m. PDT. He’s also a fantastic singer. ‘Doubt Your Doubts,’ his single, was released on iTunes in November 2014. At the 2015 MTV Music Awards, he was named “Best Dressed.” Cameron Dallas, Nash Grier, Lilly Singh, Shawn Mendes, Chris Collins, and Chloe Lukasiak are among his social media friends and colleagues. He is a part of the Fullscreen Network, a global network that connects businesses, content creators, and fans. He has worked with a number of companies, the first of which was Coca-Cola.

He had a net worth of about $1 million by early 2016. With the rate at which this teenager is climbing the popularity ladder, it is safe to assume that Rivera has a good idea of what his fans and other viewers want to see and will undoubtedly achieve greater heights in his profession.

He is really concerned about his fans and treats them as if they are family to him. Brent Rivera’s action makes him even cuter and more appealing. He also has an excellent sense of what his supporters and viewers want to see, allowing him to connect with them even more profoundly. Brent Rivera (@brentrivera) posted this video on Sep 12, 2016 at 9:22pm PDT.

He was born in Huntington Beach, California, on January 9, 1998. He has three brothers and sisters: Lexi, Brice, and Blake. His personal life is largely unknown, while his tweets occasionally imply that he is single. It’s good news for you, ladies!

Brent Rivera has an estimated net worth of about $7 Million.