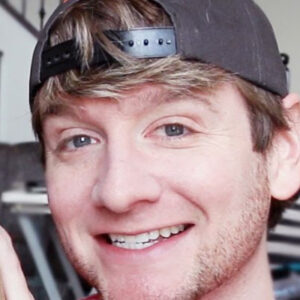 Chad Alan is a YouTube personality from the United States who has two channels on the platform, both of which have garnered a lot of attention from users. His main channel is dedicated to his love of collecting dolls, toys, and miniatures, while his second channel is dedicated to his gaming persona. Chad showcases his enthusiasm and pastime of collecting toys on the chadalantoys channel, where he also provides helpful reviews, guides for constructing self-designed outfits for certain dolls, DIY accessory manufacturing, and vlogs describing his passion for the hobby. The gaming channel, on the other hand, is dedicated to the gameplay of Roblox games such as Giant Survial, Work at a Pizza Place, Mini Games, Murder, and Roblox High School, where he gets to play ridiculous role-playing games on the world’s largest social gaming platform. Minecraft gameplays are also featured on Chad’s gaming channel, gamer Chad. The videos are entertaining and appropriate for people of all ages.

Chad started his first YouTube channel in 2012 under his own name, but it wasn’t until 2013 that he started uploading videos on a regular basis.

His main channel featured a wide range of content, but it was primarily used to share his interest in collecting dolls, toys, and miniatures with the rest of the world. From time to time, he also provided viewers a look at his burgeoning collection.

He began by posting pictures of his Monster High Limited Edition dolls, such as UniCornellis, Daughter of Pegasus. He also showed off a collection of high-fashion outfits made for Monster High Character Dolls.

He began his review series with the Catrine Demew doll from Monster High. He goes on and on about the different features and accessories of the doll.

In the background of the videos, viewers could see a portion of his doll collection. In the following videos, he also demonstrated how he creates special costumes for his Monster High dolls.

He also showed off Mattel’s Ever After High dolls, as well as their different accessories and lifestyle packages. In July 2013, he passed the 3000 subscriber threshold. He also provided his fans a tour of his room and a glimpse into his personal life through his vlogs.

He also included How-to videos on making personalized doll dresses as well as how to make attractive and distinctive doll accessories.

He has incorporated dolls from Shopkins, Pokémon, My Little Pony, and Infinity brands in addition to Disney and Mattel.

On his YouTube account, he began posting challenge films in which he included members of his family and friends, particularly his mother Leta and friend/fellow YouTuber RadioJH Audrey.

His ‘chadalantoys’ channel currently has over 600,000 members, and his overall income from his channel is around 800,000 USD per year, taking into account viewership, ad and endorsement revenue, and highlighting certain products and businesses, among other things.

The channel, which has over 1 million followers, is even more popular than his primary channel.

Chad Alan and his primary channel are excellent examples of how misconceptions about boys and dolls may be broken.

He has shown the world that there is nothing wrong with being enthusiastic about something and that when it comes to something you truly love, gender stereotypes don’t matter.

His delivery is really engaging, and his tips on how to make interesting doll accessories are something that everyone can connect to.

He works hard to distinguish himself as an individual, and his lessons teach children all throughout the world that it is possible to develop one’s own distinct identity.

His gaming channel is especially well-known because he has gone to great lengths to create something that you can enjoy with the entire family without worrying about the content or language.

Chad has positioned himself as a role model for hundreds of children who share his pastime and are tormented at school or in society because of it.

He has inspired these children to be proud of who they are and to continue doing what they love and dreaming without limitations, in the hopes that their passion will one day be recognized by the world without prejudice.

Chad is a gamer who has amassed a net worth of $2.7 million thanks to his YouTube channel.