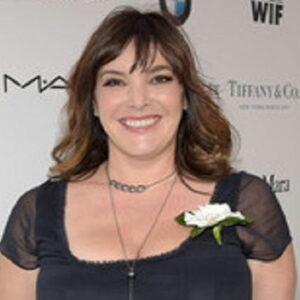 Danielle Anne Brisebois is an American singer, producer, and former actress who is well-known for penning the Oscar-nominated song ‘Lost Stars’ from the film ‘Begin Again’ She was a child actress till she was a teenager. She was nominated for a Golden Globe Award for her role as ‘Stephanie Mills’ in the 1978-1983 seasons of ‘All in the Family’ and ‘Archie Bunker’s Place’, despite her youth. Danielle has also produced songs for Clay Aiken, Sophie Ellis-Bextor, Carly Smithson, Paula Abdul, Kelly Clarkson, and Kylie Minogue, among others. In addition to performing and producing music for others, Danielle has created numerous songs; ‘Unwritten’ and ‘Pocketful of Sunshine’ are two of her most popular compositions.

Danielle Brisebois began her career as a child actress in 1976 with a role in the film ‘The Premonition’; at the time, she was only seven years old. A year later, she starred in the original Broadway production of “Annie” as the youngest orphan, “Molly.”

After the conclusion of the series, she reprised her role in the spin-off ‘Archie Bunker’s Place’. In 81 episodes spanning four years, Danielle played the character of Stephanie Mills.

Between 1981 and 1984, Danielle received multiple nominations for ‘Best Young Actress in a Television Series at the Young Artist Awards and was also nominated for a Golden Globe in 1982 as ‘Best Supporting Actress in a Series, Mini-Series, or Motion Picture Made for TV’ for her outstanding performance on the show.

In 1980, while working on ‘Archie Bunker’s Place,’ she starred as ‘Jenny Bergman in the television film ‘Mom, the Wolfman and Me.’ Her work received recognition from critics. She earned the 1981 Young Artist Award for “Best Young Actress in a TV Special.” After her popularity in these shows, she starred in numerous episodes of ‘Battle of the Network Stars’ and ‘Circus of the Stars’ as well as ‘Knots Landing’ as ‘Mary-Frances Sumner’.

In 1987, she starred in guest roles on a number of television programs, including “Mr. Belvedere,” “Down and Out in Beverly Hills,” “Murder, She Wrote,” “Tales from the Dark,” and “Days of Our Lives.” She returned ten years later, but solely as a voice actress in ‘Aaahh!!! Real Monsters’ and ‘Stories from My Childhood’

Danielle Brisebois’s musical career is prosperous. She has written, recorded, produced, and performed on numerous singles. She began her recording career in 1992 as a backing vocalist on the album ‘Intoxifornication’ by rock singer Gregg Alexander.

Her first solo album, Arrive All Over You, was co-written and co-produced by herself and Gregg Alexander in 1994. Later, she joined Alexander’s ‘New Radicals’ and was included on their platinum album ‘Maybe You’ve Been Brainwashed Too’, which included the smash single ‘You Get What You Give’.

She also co-wrote and co-produced Donna Summer’s ‘Stamp Your Feet’. She went on to compose other mega-hit songs for Natasha Bedingfield, including ‘Unwritten’ and ‘Pocketful of Sunshine,’ and she also co-wrote and co-produced ‘Stamp Your Feet’. ‘Pocket Full of Sunshine’ won her two BMI Honors in the U.S. and the U.K., as well as additional awards.

She is married to producer, composer, and guitarist Nick Lashley, with whom she shares identical twin daughters named Charlotte and Lola. The birth of their daughters occurred in December 2013. Danielle has a secluded life with her family and avoids the media spotlight.

Danielle Brisebois is one of the wealthiest and most popular television actresses. According to our investigation, Wikipedia, Forbes, and Business Insider, Danielle Brisebois has an estimated net worth of $1.5 million.