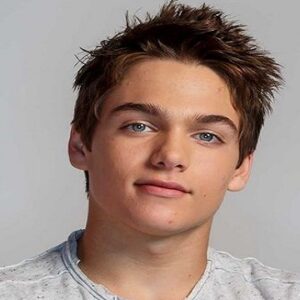 Dylan Sprayberry is an accomplished American actor who rose to prominence after playing the role of young ‘Clark Kent’ in the film ‘Man of Steel.’ On MTV’s hit series ‘Teen Wolf,’ he currently plays the lead character of Liam Dunbar. The actor’s other notable works include the TV shows ‘Common Law,’ ‘Criminal Minds,’ and ‘Glee,’ as well as the films ‘Shuffle’ and ‘Old Dogs,’ to mention a few. The young man has already had a lot of success and will undoubtedly control the acting profession in the near future. Sprayberry had received numerous awards over his career. In the year 2014, he was nominated for a Saturn Award. When it comes to social recognition, the talented actor has millions of followers not only in the United States, but also in other countries. Sprayberry has amassed a sizable online fan base in a short period of time by being extremely active on social media. Aside from acting, the star enjoys drawing. He also enjoys songwriting and playing the guitar and has a passion for music.

Dylan Sprayberry was born in Houston, Texas, to Dana Muse Sprayberry and Carl Sprayberry on July 7, 1998. Ellery Sprayberry, his sister, is also an actress. Dylan, his dad, sister, and grandmother, Rose Mary Muse, currently reside in Los Angeles. West University Elementary School was where he finished his education. Following his education, he opted to pursue a career in acting.

Dylan Sprayberry started his acting career in 2007 with the short film ‘The Sunday Man.’ After that, he played Young Steven in the film ‘My Father.’ The next year, he starred in the film ‘Soccer Mom’ and in the television movie ‘Spaced’ as a ‘Goat Boy.’ He also made appearances in one episode of ‘Criminal Minds’ and two episodes of ‘Tracey Ullman’s State of the Union’ around this period. Sprayberry appeared in the films ‘Reconciliation’ and ‘Old Dogs’ in 2009, as well as a short film named ‘The Honeysting.’

In the same year, he also starred in two TV movies, ‘Chasing a Dream’ and ‘The Three Gifts.’ Two years later, in the film ‘Shuffle,’ the American actor played the role of Young Lovell. In 2011, he was cast in the film ‘Spooky Buddies,’ playing Rodney. He worked on the TV shows ‘Glee’ and ‘Common Law’ in 2012. Sprayberry’s breakout performance came in 2013, when he was cast as 13-year-old Clark Kent in the film ‘Man of Steel.’ In the year 2014, he joined the cast of MTV’s ‘Teen Wolf,’ where he plays Liam Dunbar.

He has amassed a sizable following on social networking sites as well. Sprayberry has 2.1 million Instagram followers as of May 2017. Aside from that, he has a Twitter account with 874k followers.

Dylan Sprayberry has a girlfriend, Estelle Yves, in his personal life (according to some sources). The star, however, has not confirmed the relationship. The actor, on the other hand, is still quite young and is currently concentrating on his performing profession. Girls, take your time!

Dylan Sprayberry has a net worth of $2 million and is an actor and musician in the United States. In July 1988, Dylan Sprayberry was born in Houston, Texas. He has played Liam Dunbar in the MTV television series Teen Wolf since 2014. My Father, Soccer Mom, Land of the Lost, Old Dogs, Bedrooms, and Man of Steel are among Sprayberry’s cinematic credits.