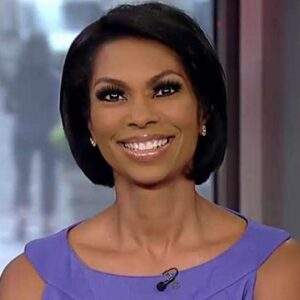 Harris Kimberly Faulkner is a Fox News Channel news anchor and television host. She is the co-host of ‘Outnumbered’ and the anchor of ‘Happening Now’ and ‘Fox Report Weekend.’ She’s also worked as a reporter and anchor for KSTP-TV, WNCT-TV, and WDAF-TV in Kansas City. Aside from that, Faulkner was an alternate anchor on CNN’s ‘The Nancy Grace Show.’ Until now, the American broadcaster has been a part of a number of high-profile initiatives and has risen to prominence as a result. She has now established herself as a role model for newcomers and young journalists in the profession. Faulkner possesses not only exceptional journalistic abilities, but also a distinct personality. Her lovely demeanor and outstanding work ethics have earned her admiration across the country. In terms of her accomplishments, Faulkner has earned six Emmy Awards over her career. She enjoys spending time with her family and watching professional tennis matches.

As a freelance writer for ‘LA Weekly,’ Harris Faulkner began her career in journalism. She finished her internship at KCOP-TV after that and began working on modest projects before moving to North Carolina to serve as an anchor and reporter for WNCT-TV. She worked as an anchor for WDAF-TV in Kansas City from March 1992 to March 2000. Then, at KSTP-TV (Minneapolis–Saint Paul), the American journalist worked as an evening anchor.
Following his departure from the station in 2004, Faulkner briefly worked as a correspondent for the 2005 revival of ‘A Current Affair.’

She joined Fox Network shortly after and began hosting Fox News Live during prime time weekdays. On weekdays, she covers breaking news and fills in as a replacement host on ‘The Fox Report.’ Aside from that, Faulkner co-hosts ‘Outnumbered’ and anchors ‘Fox News Extra’ segments. The American newscaster and TV host is also a motivational speaker who supports a number of philanthropic organizations.

Harris Faulkner was born Harris Kimberly Faulkner on October 13th, 1965 in Atlanta, Georgia, to Shirley Harris and retired Lieutenant Colonel Bob Harris. She got a B.A. in Mass Communications and Business Economics from the University of California, Santa Barbara. Faulkner married Tony Berlin in 2003, and the couple has two kids, Danika and Bella. Faulkner sued a toy firm in 2015 when they released a plastic toy hamster with her name as part of their Littlest Pet Shop brand. This $5 million lawsuit was filed because her name and character were being used without her permission. Harris Faulkner is currently residing in Edgewater, New Jersey, with her family. She is also active on a number of social media platforms, including Instagram, Twitter, and Facebook.