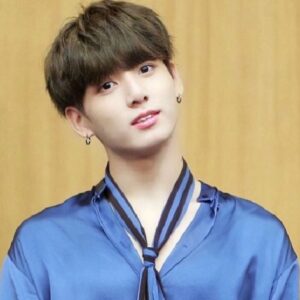 Jungkook, whose real name is Jeon Jeong-guk, is the lead vocalist, dancer, and rapper for Bangtan Boys or BTS, a South Korean musical group. He is the group’s youngest member, with Kim Taehyung, Rap Monster, Jimin, Jin, Suga, and J-Hope. Since joining BTS in 2013, the young man has gained popularity among the youth and is known for his raps and dance moves, which are known to invigorate the audience during concerts. Jungkook is incredibly gifted, which explains why, despite his youth, he has a large fan base and is well-known not just in South Korea but also in other Asian nations. And, of course, the majority of his songs and videos have become massive hits. Jungkook has a charming personality in addition to being a brilliant singer, rapper, and dancer. His achievement has also been aided by his appealing appearance. What’s more astonishing is that the media is completely unaware of his dating life!

Jungkook auditioned for the television talent program ‘Superstar K’ at the age of 13 but was turned down. Fortunately, he received offers from eight different talent agencies on his way home. Big Hit Entertainment quickly signed him. Jungkook began dancing at the age of 14 with Movement Lifestyle. He joined BTS in 2013 and released his first single, ‘No More Dream,’ for the album ‘2 Cool 4 Skool.’ Jungkook and his band members went on to release more popular albums and songs after that. The band has also performed numerous live gigs and toured across other countries.

The band’s success can be gauged by its large fan base and international recognition. It’s worth noting that the boy band has received numerous honors to date. Melon Music Award, Golden Disk Award, Seoul Music Award, and Bonsang Award are just a handful of the awards it has received.

For the song ‘One Dream One Korea,’ Jungkook teamed with a number of prominent Korean musicians as well as political leaders. This song shows the friendship between South and North Korea, as well as the desire for the two countries to unite. In 2012, Jungkook appeared in Jo Kwon’s music video “I’m Da One.”

Jungkook has also appeared in a number of TV series. In 2014, he appeared in three episodes of ‘BTS China Job.’ He appeared in several TV shows over the next two years, including ‘Flower Boy Bromance,’ ‘Special MC in Music Core,’ and ‘National Idol Singing Contest.’ In addition, the singer and dancer joined the ‘Flower Crew’ reality show in 2016, alongside Jo Se-ho, Yoo Byung-jae, and Ki Min-seok.

Jungkook was born in Busan, South Korea, on September 1, 1997, under the name Jeon Jeong-guk. He attended Seoul School of Performing Arts as well as Baek Yang Middle School. In February 2017, the ambitious musician received her diploma. Jungkook is also rumored to be a talented chef. He enjoys drawing and playing games, particularly soccer, among other things. Jungkook is currently living with his father, mother, and older brother, Jung Hyun. Aside from that, there isn’t much known about the singer’s family.

Jungkook has a net worth of $20 million.