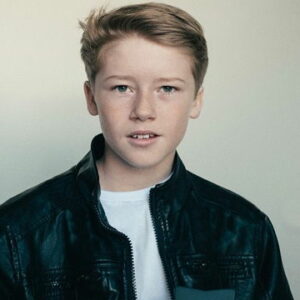 An Australian singer-songwriter, dancer, and actor by the name of Ky Baldwin. He gained notoriety for issuing the well-liked EPs “The Beginning” and “Dare to Believe.” Additionally, he posts his music videos on his own YouTube page. Baldwin is a young musician with many skills who can play the guitar, piano, and drums. He has appeared on numerous well-known reality competition programs, such as “Australia’s Got Talent” and “The Voice Kids.” Baldwin, who is also hoping to be an actor, appeared in the movie “Peter Allen: Not The Boy Next Door,” for which he won a prize. He relocated to Los Angeles from Australia in June 2016 with his family. He has been collaborating with DreamWorks since then on the “Songs That Stick” Series. The Australian singer is a really committed man who is passionate about his work, in my experience. He enjoys giving performances in public. Baldwin likes to participate in sports during his free time. When he has some free time, he enjoys reading engaging books.

At the age of six, Ky Baldwin began tap dancing and performing with Dein Perry’s “Tap Pups.” He was chosen at age seven to play the title role in Sydney Opera House’s “Madame Butterfly.” Soon after, he took part in “Australia’s Got Talent,” where he eventually advanced to the season’s youngest semifinalist.

Baldwin portrayed Gustave in the Sydney Theatre Company production of the play “Love Never Dies” in 2012. Following that, he performed in the stage adaption of Dylan Thomas’ “Under Milk Wood.” The Australian performer traveled to Auckland later that year to portray Michael Banks in the production “Mary Poppins.”

Baldwin achieved semi-finalist status in the reality singing competition “The Voice Kids” in 2014. The five songs on his debut EP, “The Beginning,” which was published that year, were “Do You Remember,” “You Make Me Wanna Dance,” “Lara,” “We’re Young,” and “It’s Time.”

The singer/actor was asked the following year to portray young Peter Allen in the television biopic “Peter Allen: Not the Boy Next Door.” He released the track “Just Dance” from his second Extended Play, “Dare to Believe,” in May 2017.

Many Australian television shows, including “Spirited,” “Underbelly: Razor,” and “East-West 101,” have featured Baldwin. He also provided the voice for Little Nutbrown Hare in the television show “Guess How Much I Love You.”
Baldwin has been succeeding on social media sites in terms of his YouTube career. His channel currently has more than 342k subscribers and over 100 videos.

Ky Baldwin was born in Sydney, New South Wales, Australia, on April 10, 2001. He has performed with his sister Amy in many of his YouTube videos. There is no information available on Baldwin’s parents, upbringing, or schooling.

One of the richest and most well-known pop singers is Ky Baldwin. Our research of Wikipedia, Forbes, and Business Insider revealed that Ky Baldwin has a net worth of $5 million.