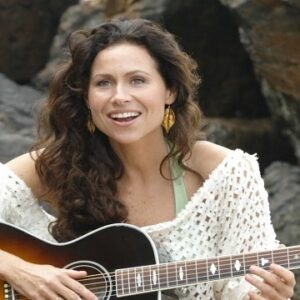 In the film ‘Circle of Friends,’ actress Minnie Driver made a name for herself as the overweight Benny. Because of her passion for music, the multi-talented personality has become a well-known singer and songwriter. With a modest appearance in a TV series in 1990, this British beauty broke into the entertainment scene. Her first brush with fame came when she appeared in a deodorant commercial called “Right Guard.” After seeing Meryl Streep in ‘Sophie’s Choice,’ she realized acting was her calling. Her real name is Amelia Fiona J Driver, but she goes by the nickname ‘Minnie.’ For a few additional dollars, she sang jazz vocals and played guitar in her early years. She has been romantically linked to actors John Cusack and Matt Damon, and she has been in a number of relationships. Her high-profile relationship with actor Josh Broslin came to an end. She has a son, Timothy J Lea, whose father’s name she later revealed. He worked as a writer on the TV show “The Riches,” in which she starred. She owns a property near the beach where she may pursue her passion for surfing. ‘Ask Me to Dance’ is her most recent album of songs. Throughout her illustrious career, the renowned and gifted actress and singer has garnered numerous prizes and honours.

Minnie Driver (born Amelia Fiona J Driver on January 31, 1970 in London) was the result of a love affair between millionaire Ronald Driver and designer Gaynor Churchward (née Millington). Ronnie, as her father was affectionately known, had an extramarital affair with her mother that his legally married wife was unaware of.
Her mother was a former couture model and her father was a World War II front soldier. Ronnie’s wife was kept in the dark about his second family. Minnie’s parents divorced when she was six years old.

She was a permanent boarder at Bedales School in Hampshore and spent her school holidays in Barbados, where her father lived. She grew up in a privileged environment, attending finishing schools in Paris and Grenoble.
At Webber Douglas Academy of Dramatic Art, Minnie honed her acting skills. She is a graduate of Kensington’s elite Collingham College.

In 1990, Minnie Driver had a tiny role in a television series. Her career took off in 1991 after she appeared in a television commercial for the deodorant ‘Right Guard.’ She made her debut theatrical performance the same year.
Her name appeared on TV from time to time due to a little role in the show ‘Casualty.’ Her name got associated with prominent comedians Armando Iannucci and Steve Coogan about the same time. She also appeared in the sitcoms ‘Love Joy,’ ‘The House of Eliott,’ and ‘Peak Practice.’

Her performance in the 1995 film ‘Circle of Friends,’ in which she co-starred with Chris O’Donnell, won her a lot of fans. This was a pivotal moment in her career. In the same year, she starred in the 007 film ‘Golden Eye.’ She went on to star in the hit films ‘Sleepers’ and ‘Grosse Pointe Blank’ in the following years.

Minnie Driver has appeared in a number of films in a variety of meaty roles during her film career. She starred in a number of successful films in the late 1990s, including ‘Hard Rain’ with Morgan Freeman and Christian Slater, ‘The Governess,’ and ‘An Ideal Husband.’ Her performance as Lorraine Finster on the popular television comedy series ‘Will & Grace’ was well-received.

‘Return to Me,’ ‘Owning Mahowny,’ ‘Ella Enchanted,’ ‘The Phantom of the Opera,’ ‘Delirious,’ and ‘Take’ are some of the films she has appeared in since 2000. Her cameo in one of the episodes of ‘Modern Family’ is one of her other credits.

Her work on the TV show ‘The Riches’ gained her multiple awards and resulted in the birth of a son, Timothy J Lea, a sitcom writer and TV producer.

She began working in the drama film ‘Conviction,’ which was released in 2010, five months after the birth of her son Henry Story Drivers. She followed it up with a fantastic performance in ‘Barney’s Version,’ for which she won the ‘Genie Award’ for ‘Best Supporting Actress.’

She received Critics’ Choice Television Award and Primetime Emmy Award nominations for her role in the TV movie ‘Return to Zero.’

In 2014-15, Minnie Driver starred in the NBC comedy ‘About a Boy,’ which aired recently. She also appeared in the 2017 film ‘The Crash,’ directed by Aram Rappaport.

Minnie Driver made her film debut in 1997 in the film ‘Good Will Hunting,’ alongside Robin Williams, Matt Damon, and Ben Affleck. The picture was a critical and economic triumph, and it established Driver as a household star.
‘Everything I’ve Got In My Pocket’ was released in 2004, followed by ‘Seastories’ in 2007. ‘Ask Me to Dance’ is the title of her most recent album. Due to the popularity of her songs, she has amassed a sizable fan base.
Her voice was used in Disney’s ‘Tarzan’ film in 1999, as well as in ‘Princess Mononoke,’ a Japanese film dubbed in English, as ‘Lady Eboshi.’

In 1995, Minnie Driver won the ‘Chicago Film Critics Association Awards’ for ‘Circle of Friends,’ for which she received the ‘Most Promising Actress’ award. She’s also been nominated for a number of prestigious accolades, including the Academy Awards, Emmy Awards, Golden Globes, MTV Movie Awards, Primetime Emmy Awards, and others.

Minnie Driver was briefly engaged to actor Josh Broslin and had a brief relationship with him. They split up in October 2001 after reports that Josh’s stepmother, Barbra Streisand, was excessively intrusive.
With TV producer and writer Timothy J. Lea, she had a son named Henry Story Driver.
She is a vegetarian who enjoys the sea and, as a result of her surfing passion, lives near a beach.

She has kept her personal life a closely guarded secret for a long time, even refusing to reveal the name of her son’s father. She eventually provided the information. Images of her with her boyfriend, renowned art curator Neville Wakefield, are currently circulating on the internet.

Minnie and her Hollywood neighbors are embroiled in a heated quarrel over a property boundary dispute. This has been going on for almost a year, and the dispute is claimed to have reached a point where it will be settled in court.

Minnie Driver has a net worth of $16 million. She is an English actress and singer/songwriter. Driver is well-known for her work in both the music and film industries. Minnie has starred in a variety of films and television programs, but she is best known for her part as Skylar in “Good Will Hunting,” for which she was nominated for a number of prizes, including an Academy Award and a Screen Actors Guild Award.