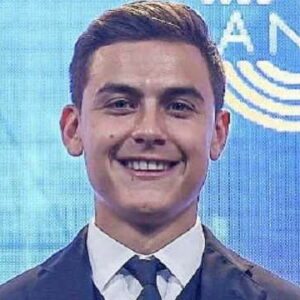 Paulo Dybala is an Argentine footballer who is known for his flawless style of play and goal-scoring prowess. In 2011, he began his professional career with the Argentine sports team ‘Instituto de Cordoba.’ In 2012, he joined the Italian club ‘Palermo,’ and stayed with the team until 2015. In the year 2015, he made his big break when he joined ‘Juventus FC.’ He won ‘The Coppa Italia’ and ‘Supercoppa Italiana’ in his first season at ‘Juventus.’ Because of his inventive play and exceptional abilities, he is frequently referred to as the ‘New Messi.’ He is known as ‘La Joya,’ which means ‘The Jewel’ in Spanish, for his on-field prowess. Paulo has always been a gifted and skilled player, and his technique and ability to control the ball in a variety of situations distinguish him as a unique player. He is widely regarded as one of Argentina’s greatest footballers.

Paulo Bruno Exequiel Dybala was born in Laguna Larga, Cordoba, Argentina, on November 15, 1993. His parents, Adolfo Dybala and Alicia de Dybala, raised him. Gustavo Dybala and Mariano Dybala are Paulo’s older brothers. Mariano is a gymnast, whereas Gustavo is an entrepreneur. Argentina is where his brothers live.
Paulo is from a middle-class household. Even before Paulo was born, his father predicted that one of his kids would become a famous football player. Despite his father’s refusal to urge him to pursue a career in football, Paulo’s life unfolded exactly as his father had expected.
From a young age, he had a strong desire to play football. He never missed an opportunity to play the game, and his father was always there to support him.

Paulo has always thanked his father for believing in his ambitions. His father would constantly follow him to the field when he first began playing the game, ensuring that his son could train without interruption.
Unfortunately, his father died in September 2008, and he was unable to witness his son’s incredible successes in football. At the time of his father’s death, Paulo was just 15 years old.

Paulo first made headlines with his football skills when he was 14 years old. People were awestruck by his technique and impressed by the way he handled the ball. Those who saw him play instantly concluded he possessed a natural talent for the game.

He joined the ‘Instituto de Cordoba’ in 2011 and made his professional debut in the ‘Primera B Nacional’ the following year. He scored 17 goals in the league, breaking Mario Kempes’ record for the most goals by a young player.
He was the first player in league history to score two hat-tricks in a single season. In the professional league, he played 38 consecutive games and became the first player in the league to score in six consecutive games.
He was officially signed by the Italian football team ‘Palermo’ on July 20, 2012. He scored his first goal for the club on November 11, 2012, and then scored his second goal in the same game. His goals were vital in his team’s 2-0 victory over ‘U.C. Sampdoria.’

In the first half of the 2014-15 ‘Serie A’ season, he scored ten goals. His collaboration with fellow footballer Franco Vazquez drew a lot of interest from other clubs. He scored 13 goals before the end of the season, making him the league’s top scorer.
Paulo played for ‘Palermo’ for three seasons, making 89 games and scoring 21 goals for the Italian football club.

He signed a five-year contract with the legendary Italian team ‘Juventus F.C.’ on June 4, 2015. According to reports, he was signed for €40 million. Paulo was given the number 21 shirt, which had previously belonged to Andrea Pirlo, who had departed the club that summer.

During his first 16 appearances of the season, he scored six goals and assisted on two others. His greatest achievement while playing for ‘Juventus’ was scoring his first goal in ‘The Coppa Italia’ on December 16, 2015. He also scored against ‘Bayern Munich’ in the ‘UEFA Champions League.’

He scored two goals in his team’s 3-0 win over ‘Lazio’ on April 21, 2015, bringing his goal total to 20. With 23 goals in different tournaments, he became his club’s leading scorer. In ‘Serie A,’ he also scored 19 goals to assist his team win the league title.

Paul Pogba was given the number 10 jersey when he left Juventus for Manchester United in the summer of 2016, but he declined, opting to keep his number 21.
In September, he scored his first goal of the season in the Champions League against ‘Dinamo Zagreb.’ His goal was vital in his team’s 4-0 victory over the Croatian football club.

His first ‘Serie A’ goal came in a 3-0 win over ‘Empoli’ in October. His other famous goal came in the first leg of the ‘Champions League’ quarter-final match, when ‘Juventus’ defeated ‘Barcelona’ 3-0.
The defending champion ‘Real Madrid’ defeated ‘Juventus’ in the 2017 ‘Champions League’ final. He changed his shirt number to 10 in August of 2017.
In the 2017 ‘Supercoppa Italiana,’ his squad was defeated by ‘Lazio’ in August. Despite scoring two goals in the game, he was unable to save his team from a 3-3 loss. In the same month, he scored a hat-trick in a win over ‘Genoa’ in ‘Serie A.’

On September 17, 2017, he made his 100th appearance for ‘Juventus’ and scored his second hat-trick, helping his team to a 3-1 victory over ‘Sassuolo.’
In ‘Serie A,’ he also scored his 100th goal against ‘Udinese.’ This match was won by ‘Juventus’ by a score of 2-0.
He was offered to play for Argentina’s under-17 team during the ‘XVI Pan American Games,’ but he declined. He made his international debut against Paraguay in a ‘FIFA World Cup’ qualifying match on October 13, 2015.

He was one of three finalists for the 2017 UEFA Champions League Forward of the Season Award in 2017. In addition, he was nominated for the UEFA Best Player of the Year Award in 2017.

Paulo Dybala has a net worth of $40 million.