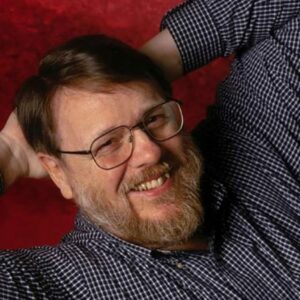 Raymond Tomlinson was an American computer programmer who was credited with inventing the email for a long time. In the early 1970s, he created the first email program on the ARPANET system, and he is widely credited with creating the email. However, after his death in early 2016, a debate emerged about who invented the email, with entrepreneur and innovator VA Shiva Ayyadurai claiming to be the inventor. However, it is widely acknowledged that Tomlinson was the first to utilize the “@” sign to separate a user’s identity from the name of their computer, an idea that was eventually modified for the creation of email addresses. He was born and raised in New York and received his bachelor’s degree in electrical engineering from Rensselaer Polytechnic Institute (RPI) in Troy. He then continued his schooling at the Massachusetts Institute of Technology (MIT), earning a master’s degree. He then went to work with Bolt Beranek and Newman (now Raytheon BBN Technologies), where he was instrumental in the development of the TENEX operating system, as well as ARPANET and TELNET implementations. During his stay there, he developed a program that allowed users of a time-sharing computer to send messages to one other.

Raymond Samuel Tomlinson was born in Amsterdam, New York, on April 23, 1941. He was one of three brothers.
Broadalbin Central School in Broadalbin, New York was where he acquired his primary schooling. He then attended Rensselaer Polytechnic Institute (RPI), where he took part in an IBM co-op program.

In 1967, he was hired as a computer engineer by Bolt, Beranek and Newman (now BBN Technologies), a technological firm. He worked on the TENEX operating system there.

There were several advancements in computer technology and networking during this time period. His bosses invited him to work on SNDMSG, an early electronic mail application that allowed users of a time-sharing computer to send messages to them other. He was instructed to modify the application to operate on TENEX.

Tomlinson enhanced the application by porting code from CPYNET to SNDMSG to build a version that allowed users to send messages to other computers connected to the ARPANET. He was the first to utilize the “@” sign to distinguish the user’s name from the machine’s name.

His message-sending invention, which debuted in 1971, is widely regarded as the first email ever sent. The text of Tomlinson’s initial email was a test, thus it was not saved. According to his own perspective, the message was unremarkable and unworthy of remembering.

Tomlinson’s email program changed the way people communicated. Over time, his email software grew in popularity, and email became one of the most extensively used modes of communication for people all over the world.

He also played a key part in the development of email’s essential services, such as establishing a standard structure for email messages and inventing an email creation and reading facility. He took part in a conference to improve FTP’s email support, which was utilized until 1982 when it was superseded by SMTP.

The creation of email is usually credited to Raymond Tomlinson. He upgraded an existing tool named SNDMSG in 1971 so that it could copy messages over a network and send a message from one DEC-10 computer to another DEC-10 machine. This is thought to be the first email ever sent.

The American Computer Museum presented him with the George R. Stibitz Computer Pioneer Award in 2000. (with the Computer Science Department of Montana State University).

In 2001, the International Academy of Digital Arts and Sciences honored him with a Webby Award for lifetime achievement.
The Internet Society inducted Tomlinson into the Internet Hall of Fame in 2012.

Raymond Tomlinson died of a heart attack on March 5, 2016 in Lincoln, Massachusetts. He was 74 years old at the time.

Following his death, VA Shiva Ayyadurai, an Indian-American inventor, claimed that he, not Tomlinson, was the one who invented the email.