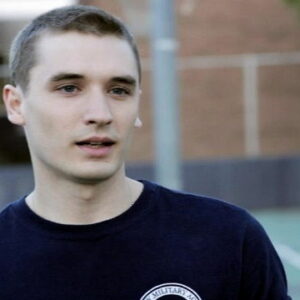 Seth Numrich is an American actor of cinema, television, and the theater. He is well-known for his roles as Benjamin Tallmadge in AMC’s ‘Turn: Washington’s Spies’ and as ‘Nate Joseph’ in ‘Homeland’. He has also appeared in several films, including “Private Romeo” and “Imperium.” The actor has performed in numerous Broadway and off-Broadway productions, including “The Merchant of Venice,” “Golden Boy,” “War Horse,” “Slipping,” “Blind,” “Break Your Face on My Hand,” “On the Levee,” and “Dutch Masters,” to mention a few. Numrich has also performed in a large number of regional and international productions, the most notable of which include ‘The History Boys,’ ‘The Cure at Troy,’ ‘Measure for Measure,’ ‘The Judgment of Paris,’ and ‘The Glass Menagerie.’ During the 2011 L.A. Outfest, the American stage and television/film actor got an award in the category of “Outstanding Actor in a Feature Film” for his performance in “Private Romeo.”

Since 2005, Seth Numrich has been a member of the Rising Phoenix Repertory. He also collaborates with other theater companies. The actor made his Broadway debut in “The Merchant of Venice” in 2010. Then, he portrayed boxer Joe Bonaparte in the Belasco Theatre production of “Golden Boy.” After that, he appeared in the play “War Horse.”

As part of the Rattlestick Playwrights Theater program, Numrich has acted in Off-Broadway productions of “Slipping,” “Afghanistan Zimbabwe America Kuwait,” “Yosemite,” and “Blind.” He performed in “Favorites,” “Break Your Face on My Hand,” and “Too Much Memory” with Rising Phoenix Repertory and “Iphigenia 2.0” and “On the Levee” with Signature Theatre.

The American stage actor has also been in regional and worldwide productions of “The History Boys,” “The Cure at Troy,” “Measure for Measure,” “The Judgment of Paris,” and “The Glass Menagerie.”

In ‘Private Romeo’ (2011), Seth Numrich played the dual starring roles of Romeo and Sam Singleton, launching his film and television career. Prior to it, he had starred as Adam Rosenblum in the television series Gravity.

He was cast as Benjamin Tallmadge in the 2014 television series Turn: Washington’s Spies. Two years later, Numrich portrayed Roy in the movie “Imperium.” Then, in 2017, he began as Nate Joseph on the television series Homeland.

Seth Numrich was born in Minneapolis, Minnesota, on January 19, 1987, to Ann Griggs and Charles Numrich. His brother’s name is Ian Griggs. His mother was a nurse practitioner, while his father is also an actor.

Seth attended The Juilliard School and earned a degree in acting there in 2006. Numrich was a teaching artist for the organization Artists Striving to End Poverty from 2005 until 2012.
Since 2014, the gorgeous actor is reportedly seeing Louise Dylan.

American actor Seth Numrich has a net worth of $3 million. In January 1987, Seth Numrich was born in Minneapolis, Minnesota. In 2010, he graduated from the Juilliard School and made his Broadway debut in The Merchant of Venice. Numrich has previously starred in productions of Golden Boy and War Horse on Broadway, as well as Sweet Bird of Youth in London.