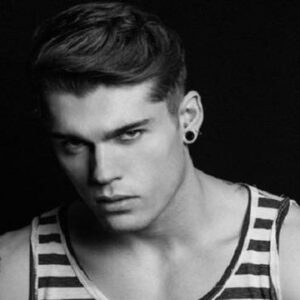 Footballer and model Stephen James Hendry is from the United Kingdom. At an early age, he began playing football for youth clubs, and later, he participated in the Coca-Cola Football League I. Before representing Scotland in the Under 18 team at an international level, he also played for “AFC Wimbledon” and “Nea Salamis Famagusta.” After being discovered by Elite Model Management in Barcelona, he made the move from soccer to modeling without any difficulty. Among the top companies and fashion designers, Stephen James Hendry has worked for include Calvin Klein, Diesel, Philipp Plein, Takeshy Kurosawa, XTI, GQ, Men’s Health Magazine, and many more. Hendry is affiliated with Storm Modeling Agency, I Love Models, and Wilhelmina Models in addition to Elite Model Management. His Instagram channel, “who is Elijah,” has more than 2.2 million followers, making him another well-known user. He utilizes the channel to spread the word about his love of football and boxing as well as the newest fashion trends. James is also well known for having numerous tattoos of notable people, including Queen Elizabeth II and icon pictures, all over his body.

When he joined the “Queens Park Rangers” minor team in 2005, Stephen James Hendry got his start playing soccer at a young age. Before moving on to “Brentford,” he remained with the club until 2006. He was chosen in 2008 to be a member of “AFC Wimbledon’s” young talent development program.

He made seven professional appearances for the Cypriot First Division team “Nea Salamis Famagusta” between 2008 and 2009. His performance was above average, and in July 2010, the Greek club “Asteras Tripolis” selected him to join their 28-player squad.

Hendry, however, was unable to sign a contract with the group and soon left to play club soccer in Barcelona. He had an injury in 2012, which caused his football career to come to a stop.

Stephen, who is Scottish by way of his father, also participated in Scotland Under 18 team. In order to be a member of the team competing in an international competition in France, he was called up in October 2007. James replaced Michael Graham in the 65th minute of the second game against France to make his international debut.

In a 1-1 draw with the United States of America, he made his second appearance in the starting lineup. His second and final outing for Scotland came in the 71st minute when he was replaced.

Although Stephen James Hendry had received numerous approaches from modeling agencies, he didn’t begin considering it until after suffering an injury in Barcelona. In September 2012, the Elite Model Management Agency began to scout him.

He rapidly became recognizable in front of the camera because of his superbly shaped body. He got multiple tattoos, including lifelike representations of cultural figures like Frida Kahlo, Robert Smith from the Cure, religious symbols, Salvador Dali artwork, and patterns, but these just served to set him apart from the crowd and propel him to overnight fame.

Famous companies like Calvin Klein, Diesel, and Philipp Plein soon signed him to appear in their advertising campaigns after catching their attention. Among the publications on his amazing résumé are Windsor Smith, Men’s Health Magazine, Adon Magazine, GQ Germany, GQ Spain, Sik Silk, and GQ Spain.

He has amassed over 2.2 million Instagram followers, making him a huge social media sensation. He had intended it to be a prank, but Russian artist Victoria Daineko saw him and approached him about appearing in her music video. This caused him to shift how he felt about social media, and even then, he has been able to use it to elevate his celebrity status.

On December 4, 1990, Stephen James Hendry was born in London, England. Despite being in the spotlight, he is a very shy person who has kept his private life a mystery. His mother is Israeli, while his father is Scottish. He practices Judaism and keeps a dog named “Baloo” as a pet.

Stephen is one of the wealthiest and most well-known models. Our study of information from sources like Business Insider, Forbes, and Wikipedia indicates that Stephen James Hendry’s net worth is about $1.5 million.