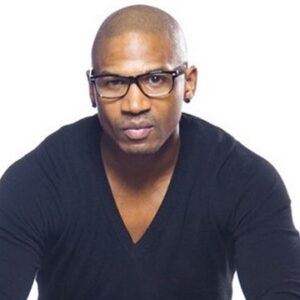 A well-known American musician, songwriter, record producer, and television personality is Steven Aaron Jordan, also known as Stevie J. One of the most successful record producers in the late 1990s is the 1997 Grammy Award winner. At first, Stevie J was a part of the R&B and hip-hop producing crew known as the Bad Boy Records “Hitmen.” Later, Stevie J produced a number of songs for megastars including Mariah Carey, who was nominated for a Grammy for her work on the album “Butterfly.” Additionally, he has collaborated with Tamia, Tevin Campbell, Beyonce, Deborah Cox, Jay-Z, and Brian McKnight. In addition to making music, Jordan has composed songs for other albums. He has even performed live gigs while playing bass guitar. There’s more to come! Stevie J has participated in a number of television shows’ main casts. Jordan has made a few appearances as both the executive producer and host of shows in the television industry. Stevie J., who is well-known for his number-one hits, has a sizable fan base on numerous social media platforms.

With the Bad Boy Records’ “Hitmen” in the 1990s, Stevie J. launched his musical career. He produced many Bad Boy projects alongside label owner Sean Combs. Their song “Only You,” which included The Notorious B.I.G., was produced by him.

For Notorious B.I.G.’s album “Life After Death,” Stevie J. also produced a number of songs, including “Nasty Boy,” “Mo Money Mo Problems,” “Notorious Thugs,” “You’re Nobody,” “Another,” and “Last Day,” to name a few. All of these endeavors brought him notoriety and acclaim.

Stevie J. worked on the song “I’ll Be Missing You production “‘s in 1997. He also produced tracks for Mariah Carey’s album “Butterfly” at that time, including “Honey,” “Breakdown,” “Babydoll,” and “Breakdown.” Three Stevie J-produced songs reached the top of the Billboard Hot 100 in 1997: “Honey,” “Mo Money Mo Problems,” and “I’ll Be Missing You.” He received the “Grammy Award” that same year for his producing work on Puff Daddy’s album “No Way Out.”

For the rapper “Eve,” Stevie J co-wrote the song “Let Me Blow Ya Mind” in 2001. He also joined the New York-based record company and music collective known as “Swing Mob.” He appeared in the reality TV program “Love & Hip Hop: Atlanta” in 2012 alongside his wife, Joseline Hernandez, and his then-girlfriend, Mimi Faust. The duo has since gained notoriety in the hip-hop community and has appeared in various music videos in cameo roles.

Steven Aaron Jordan was given the name Stevie J on November 2, 1973, in New York. After his mother Penny Daniels left the family, Moses Jordan, his father, reared him in Rochester, New York. Mike is the brother of Stevie J. He joined the cast of “Love & Hip Hop” in 2012, where he was featured in a love triangle with Joseline Hernandez, his future wife, and Mimi Faust, his then-girlfriend.

He wed Hernandez in 2013; they have a daughter together named Bonnie Bella Jordan. In addition, Stevie J has five other kids from past relationships. Among them are Bonnie Bella Jordan (with Joseline Hernandez), Dorian Jordan (with Rhonda Henderson), Sade Jordan (with Felicia Stover), Steven Jordan Jr., Savannah Jordan, and Eva Giselle Jordan (all with Carol Antoinette Bennett) (with Mimi Faust). Zion, a grandchild born to his eldest son Dorian, is also his.

With a net worth of $5 million, Stevie J is a Grammy-winning hip-hop producer, performer, songwriter, DJ, and television producer. One of the top record producers of the mid- the to late 1990s, he has achieved success.

He has worked with several famous musicians, such as Mariah Carey, Jay-Z, Lil Wayne, Puff Daddy, and The Notorious B.I.G. He has gained more notoriety recently as a cast member of “Love & Hip Hop: Atlanta.”

1) Beyonce and Stevie J collaborated on the song “Summertime.”
2) Stevie J was detained in 2014 on suspicion of failing to make court-ordered child support payments.
3) His net worth is thought to be $5 million.
4) For six years, he dated Whoopi Goldberg’s daughter Alex Martin. In 2007, the couple became engaged. However, the couple’s union didn’t last for long and they eventually broke up.