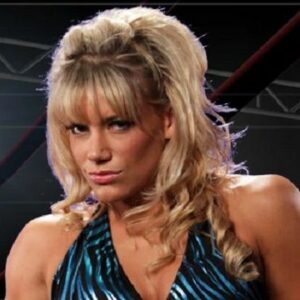 Taya Valkyrie is a former fitness model turned professional wrestler from Canada. She competed in professional wrestling for Impact Wrestling and on the independent circuit as Taya Valkyrie, despite being born Kira Renee Forster. Additionally, she competed for Lucha Underground as Taya. She was a two-time Reina de Reinas champion who held the title for the longest period of time. She is best known for her five years spent rising up the ranks in Lucha Libre AAA Worldwide. Since then, Taya’s reputation has grown both domestically and internationally. Taya first caught the attention of American wrestling fans during the second season of Lucha Underground when she and Brian Cage engaged in one of the most memorable intergender fights ever. Taya departed AAA in 2017 after the promotion robbed her of her title. The WWE once made her a contract offer; however, they later withdrew it. She presently has a relationship with Impact Wrestling, and thus far, she has done well for the company.

On October 22, 1983, Taya Valkyrie was born in Victoria, Canada. She studied at the Royal Winnipeg Ballet and received training as a classical dancer. She has gymnastics training as well.

She began competing in fitness competitions in 2005, at which point she started working as a fitness model.

Taya Valkyrie began training with Lance Storm at his Storm Wrestling Academy in 2010, and she completed her studies there in September of that same year. She appeared in Season 2 of Rowdy Roddy Piper’s Canadian reality show, “World of Hurt,” which was hosted by Lance.

Following her academy graduation, she participated as Taya Valkyrie in a number of Canadian promotions, most notably ECCW. World Wrestling Entertainment (WWE) signed her to a developmental deal in October 2011 following a tryout with them. She was unable to make a debut with WWE or any of its other programs, however, as WWE terminated the contract without providing her with a reason.

Taya had actually completed all the procedures and was awaiting the results of her medical examinations when she learned that WWE had opted not to take her; no explanation was provided. She consequently continued to wrestle in Canada on the independent circuit for the remainder of 2011.

She relocated to Mexico in 2012, where she continued to wrestle for local promotions and on the independent circuit. El Hijo del Perro Aguayo, a Mexican professional wrestler, and promoter, offered her a seat in his Los Perros del Mal stable, a Mexican wrestlers’ club after she had been in Mexico for six weeks. Her acting debut was in Perros del Mal on April 1, 2012. (PDM).

After over a year of wrestling for PDM, she moved on to work for other organizations, including Universal Wrestling Entertainment, Legend Promociones, Invasion RCH, and International Wrestling League.

Under the ring name Taya Valkyrie, she made her professional wrestling debut with Lucha Libre AAA Worldwide on November 3, 2012. She participated in a mixed six-person tag team bout with Gran Apache and Mari Apache, which her team won over Cuervo, Faby Apache, and Lolita.

She competed in a number of tag team matches up until the start of 2013 and had both wins and losses. She won against Jennifer Blake on March 3, 2013, and moved on to the championship round of competition for the open AAA Reina de Reinas title. She faced off against Mari Apache, LuFisto, and Faby Apache in a four-way elimination battle on March 17 at Rey de Reyes. She fell short of capturing the vacant Reina de Reinas Championship, though.

She made her Lucha Underground debut as Taya on the show on February 24, 2016, acting as Johnny Mundo’s partner. She made her in-ring debut the following month on the March 9 program but lost to Brian Cage in a no-disqualification match.

She contested for the Aztec Warfare II championship on April 12, 2016, show, and triumphed in her first title battle at Lucha Underground. She dethroned Cage after entering position nine, but Fénix eventually pinned her and forced her out.

At the Héroes Inmortales IX event, she successfully defended her Reina de Reinas Championship title by defeating Goya Kong, Lady Shani, La Hiedra, and Maravilla in a five-way battle. She did hold the title for the greatest period of time in the title’s history, 945 days, before losing it to Ayako Hamada on March 19, 2017.

When Sexy Star returned to AAA to win the championship, Taya left the organization and claimed on Twitter that AAA had betrayed her. Taya was allegedly stripped of the title because she put Hamada in an unlawful chokehold during their no-disqualification match on April 21. This was according to AAA’s Director of Talent Vampiro.

On the GFW Impact! broadcast on September 7, 2017, Taya made her professional wrestling debut against Rosemary, establishing herself as a “heel” in the match.

She faced up against Amber Nova in that same month and won by employing a brand-new finisher called Road to Valhalla. She continued to compete against Rosemary throughout September and October, ultimately winning a bout against her in October 2017.

Due to visa issues, she had to withdraw from the “Red Wedding” Knockouts match against Rosemary at Bound for Glory. Taya, a Canadian, wouldn’t have had any trouble entering Canada, but she might have run into trouble trying to enter the US again. She was removed from the pay-per-view event by Impact Wrestling because her return to the US might be complicated by the current presidential administration.

In the 2010 CBBF Canadian Championships, Taya Valkyrie won first place. In the 2011 Arnold Amateur, she finished in second place.

In DDT Pro-Wrestling, she won the Ironman Heavyweight Championship.

Taya Valkyrie has been dating John Hennigan, better known by his stage as John Morrison, an American actor, and professional wrestler, since 2016. In June 2017, they made their engagement public.

One of the wealthiest and most well-known wrestlers is Taya Valkyrie. Our study of Taya Valkyrie’s net worth from sources including Wikipedia, Forbes, and Business Insider indicates that it is roughly $1.5 million.