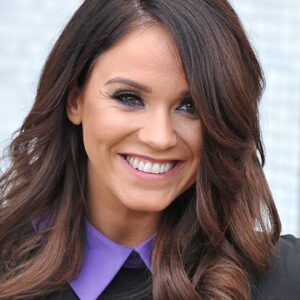 Vicky Pattison is one of the most well-known reality TV stars in the United Kingdom. She is also a fashionista, a TV host, and a writer. Her snappy one-liners and no-nonsense attitude helped her become the most popular character on MTV’s reality show “Geordie Shore,” where she participated for eight seasons. Victoria Pattison, also known as Vicky Pattison and known affectionately as Queen V, has always had huge dreams, even when she was working in a contact center in Newcastle. ‘Geordie Shore’ provided her big break and helped her break into the spotlight. Vicky, a fiery and opinionated contestant chosen from hundreds of applicants for the controversial show, was an instant star. Vicky has also hosted a number of high-profile events for MTV, including the ‘National Television Awards,’ and is a regular on celebrity panel shows such as ‘Celebrity Juice,’ ‘This Morning,’ and ‘Loose Women.’ Vicky has just discovered her passion for fitness and fashion and has created her own weight reduction and diet program, Mini V, as well as a VIP apparel line, Honeyz. All of her achievements, however, did not come lightly to her. She went through a period of failure before becoming successful, during which she struggled to cope with life. For a time, she struggled with low self-esteem as a result of a toxic relationship and uncontrollable weight gain. However, because of her perseverance, she was able to quickly turn her life around. Vicky has a large online following, with over 2 million Twitter followers and 3.5 million Instagram followers.

The Career of Vicky

Vicky rose to prominence in 2011 as a cast member of MTV’s ‘Geordie Shore,’ which she continued to feature in until 2014. Vicky left the show before the ninth season could begin.

She starred in the MTV reality show ‘Ex on the Beach in 2014 and 2015. She also appeared on ‘Big Brother’s Bit on the Side,’ ‘This Morning,’ ‘Safeword,’ ‘Most Shocking Celebrity Moments,’ ‘Celebrity Dinner Date,’ and a number of other shows as a guest.

In 2015, she launched her own show, ‘Judge Geordie.’ Not only did she present it, but she also starred in it. She attempted to resolve issues between couples, friends, and families on the show.

Vicky was crowned the winner of the 15th season of ‘I’m a Celebrity. ‘Get Me Out of Here!’ was released in December of 2015. Later, it was revealed that Vicky, Joe Swash, Chris Ramsey, and Stacey Solomon would co-host the show under a new name.

Vicky, on the other hand, quit the show permanently in April 2017. In January 2016, she joined the panel of the ITV chat show ‘Loose Women’ as a permanent member.

Vicky and her colleague cast member Holly Hagan were arrested for assaulting a model Hannah Kelso during the production of the seventh series of ‘Geordie Shore,’ which resulted in the series’ filming being halted.

Vicky was found guilty and was sentenced to pay restitution and perform 180 hours of community service as a result.

Victoria Pattison was born in Newcastle on November 16, 1987, to John and Caroll Pattison. Laura is her sister. Vicky was a theater and English major in high school.

She went to Liverpool John Moores University to study drama. Vicky tried her hand at a few unsuccessful occupations before becoming a popular TV reality star—her first job was at Shelley’s Shoe. She had previously worked in telesales and at some of Newcastle’s major clubs.

She had also worked in a call center, which she despised and was pleased to quit. Vicky is the author of two novels, ‘All That Glitters’ and ‘A Christmas Kiss,’ both of which have been published. ‘Nothing But the Truth,’ her autobiography, was published in August 2014.

Vicky has had a fascinating love life and has been romantically connected on several occasions. She was involved with Jay Gardner in the ‘Geordie Shore’ house, but their relationship was short-lived and ended after a few episodes of the first series.

She started dating Ricci Guarnaccio, a cast member while filming the next series. Despite an on-again, off-again relationship, the pair married in 2012, only to divorce in 2013. Vicky traveled to Australia for a ‘Geordie Shore’ special after her breakup from Ricci and began dating her personal trainer Dan Conn.

Dan was her boyfriend till she moved to Australia. Vicky dated ice hockey player James Morgan in 2014. Vicky believed that her career might suffer as a result of the relationship, thus it terminated by the end of the year.

Vicky had a relationship with Stephen Bear, her ‘Ex on the Beach’ co-star, in 2015. However, it was all over in a matter of months.

Vicky turned to food to express her dissatisfaction after her divorce from Ricci in 2013. She put on weight and grew into a size 16 figure.

This emotionally disturbed her, and she set out on a weight-loss crusade. Vicky returned to her normal size 6 figure within a year! This change inspired her to start her own weight loss and diet program, ‘Mini V.’ In December 2013, she launched a DVD called “Vicky’s 7 Day Slim.”

Vicky Pattison is one of the wealthiest reality stars and one of the most popular. Vicky is said to have a net worth of £500,000.