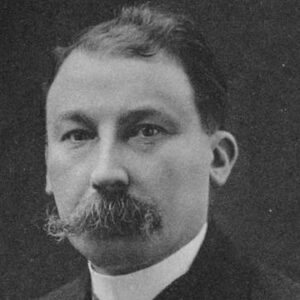 François Auguste Victor Grignard was a French chemist who pioneered the ‘Grignard reaction,’ a synthetic process that bears his name. The finding, which was part of his PhD thesis on organomagnesium compounds, opened up a vast range of chemical synthesis possibilities. In 1912, he and fellow French organic scientist, Paul Sabatier, were awarded the Nobel Prize in Chemistry. At the ‘University of Lyon,’ he taught chemistry. He also held positions as Professor of ‘Organic Chemistry’ and Professor of ‘General Chemistry’ at the Universities of Nancy and Lyon, respectively. For more than a decade, he was the Director of Lyon’s ‘Ecole de Chimie Industrielle.’ During the “First World War,” he investigated chemical warfare chemicals, including the manufacturing of phosgene, as well as the detection of mustard gas (dichloroethyl sulfide). Ozonization of unsaturated molecules, as well as condensation of ketones and aldehydes, are among his other research interests. In 1901 and 1902, he earned the ‘Cahours Prize,’ the ‘Berthelot Medal,’ the ‘Prix Jecker Prize,’ the ‘Prix Jecker Prize,’ and the ‘Lavoisier Medal,’ among other honors. As a Chevalier in 1912, an Officer in 1920, and a Commander in 1933, he received the order of the “French Legion of Honor.” From the universities of Louvain and Brussels, he obtained honorary doctorates. He was an Honorary Fellow of the ‘Chemical Society’ of London and a foreign member of the ‘Royal Swedish Academy of Sciences’.

He was born on May 6, 1871, in Cherbourg, France, into the family of Théophile Henri Grignard, a naval carpenter.
He attended local schools from 1883 to 1887. In 1889, he enrolled in Cluny’s ‘École Normale Spécial’ after receiving a scholarship. The institution’s mission was to train modern secondary school teachers. However, after a few years, the school was closed due to a disagreement between supporters of traditional and modern secondary education techniques.

To continue their scholarship education, the kids were moved to different institutions. Grignard enrolled at the ‘University of Lyons”Faculté des Sciences’ department in this manner. He was unable to pass the maths licentiate exams. Then he traveled to complete his military duty from 1892 until the end of 1893, and then returned to Lyons.
His ‘Licencié ès Sciences Mathématiques’ degree was awarded to him in 1894.

In December 1894, he began working as a junior at the ‘Faculté des Sciences’ at the ‘University of Lyon,’ where he met French scientist Louis Bouveault, who persuaded him to study chemistry. He was promoted to préparateur after a while, and from there he got engaged with Philippe Barbier, the founder of organometallic chemistry, a French organic chemist.

In 1898, he was appointed ‘chef des travaux pratiques,’ and the following year, he co-authored his first work with Philippe Barbier. His earliest research projects focused on branched unsaturated hydrocarbons, as well as ethyl-isopropylacetobutyrate and stereoisomeric diisopropylbutenedicarboxylic acids.

He explored organomagnesium compounds on the guidance of Philippe Barbier, and his invention of the composition of magnesium alkyl halides was first presented to the Académie des Sciences on May 11, 1900, by French scientist Henri Moissan.

He quickly perfected the use of such reagents, which went on to play an important role in organic synthesis. At the time of his death in 1935, at least 6,000 publications had been published describing uses of the ‘Grignard reaction.’
He used the agents to create and study unusual alcohols, keto-esters, nitriles, ketones, and terpene chemicals, eventually developing a fulvenes synthesis technique.

His additional scientific interests include catalytic hydrogenation and dehydrogenation, hydrocarbon breaking up in the presence of aluminum chloride, and quantitative ozonization for determining the composition of unsaturated compounds. After completing his exceptional thesis ‘Sur les Combinaisons organomagnésiennes mixtes’ on organic magnesium compounds, he received his PhD in Chemistry from the ‘University of Lyon’ in 1901.

He was appointed Maître de Conférences at the ‘University of Besançon’ in 1905. The next year, he joined the ‘University of Lyon,’ where he maintained a similar position until 1908, when he was promoted to Professor of Chemistry.

He left the ‘University of Lyon’ in 1909 to become a Professor of Organic Chemistry at the ‘University of Nancy.’
Grignard was sent to investigate the cracking of Benzols at Nancy at the start of ‘World War I.’ In Paris, he also focused on chemical-weapons-related topics.

His work ‘Le Catalyse en Chimie Organique’ (Catalysis in Organic Chemistry) was released in two volumes in 1912.
From 1917 to 1918, he lived in the United States and served on the ‘Tardieu Committee’ as a chemical representative. He paid a visit to the ‘Mellon Institute,’ where he also gave a lecture.

He returned to Nancy after World War I and was appointed Professor of General Chemistry at the ‘University of Lyon’ in 1919, succeeding Philippe Barbier. He held the position until 1935. He began preparing his ‘Traité de Chimie Organique’ (Treatise on organic chemistry) after the war, with two volumes published in 1935 and the multi-volume treatise finished after his death by his partners. From 1921 until 1935, he was the Director of the ‘École de Chimie Industrielle de Lyons.’ In 1929, he was appointed Dean of the Faculty of Sciences at the ‘University of Lyon.’

His most significant contribution was the discovery of a novel method for forming carbon-carbon bonds by using magnesium to link ketones and alkyl halides, which became known as the ” Grignard reaction.”

In 1912, he and French organic scientist Paul Sabatier shared the Nobel Prize in Chemistry.

The estimated net worth of Victor Grignard is $ 2 Million.