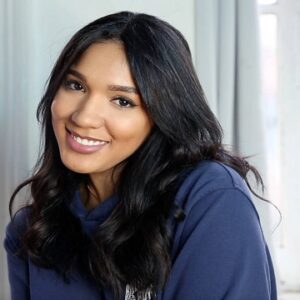 Yaris Sanchez is a Dominican Republic native who has worked as an exotic dancer, model, and aspiring actress. She rose to prominence as a video vixen after appearing in a number of hip-hop videos for well-known rappers. In 2009, she began her modeling career by featuring in the official remix version of The Dream’s song “Rockin’ That Thang” in a music video. In 2010, she and four other girls were chosen as choreographers for Trey Songz’s music video “Bottoms Up,” which featured Nicki Minaj, after an online audition via YouTube video. In 2012, she starred in the music video for French Montana’s song “Shot Caller.” She went to a radio interview with her longtime lover, Ab-Soul, on Power 105.1’s ‘The Breakfast Club’ in 2014. She began directing in late 2015, and with photographer Ravie B., she photographed the 1950s-inspired photo exhibition “Never The Girl Next Door.”

The Career of Yaris

Yaris Sanchez, who wanted to be an actress since she was a youngster, went to The High School of Fashion Industries, but her mother couldn’t fully finance her education.

Yaris also became a teen mother at the age of 15, which made things even more difficult for her because she had to combine education and motherhood while still looking for work to support both. She began her career at The Children’s Place as a part-time employee.

She began interested in video modeling as a type of acting when she was 17 years old. In fact, once her school won the Seventeen Magazine prom sweepstakes, the prom became a high-profile event, with notable guests such as Kid Cudi performing.

She took recommendations from her pals on the sets of music videos in order to earn some extra money to pay for her ticket to the event, outfit, and other accessories.

A friend who worked as a stripper told her that it was a great way for young mothers who couldn’t work during the day to get quick money. At the age of 18, she became a stripper, but she continued to hunt for work in music videos on Craigslist.

After responding to a Craigslist post for the official remix version of The Dream’s song “Rockin’ That Thang,” her life took a positive turn.

A-listers such as Fabolous, Rick Ross, Ludacris, and Juelz Santana appeared in the video, in which she danced. She quickly established herself as a regular presence in rap music videos.

The fact that Yaris Sanchez began her career as a video vixen and stripper has exposed her to a number of traumatic events, according to her.

Every time she has been subjected to any form of exploitation, however, she has learned to extract the beneficial aspects of the situation.

While many people are biased towards her and stereotype her based on her previous occupations, she is hell-bent on defying all preconceptions and emerging as a versatile artist who is always changing.

Her debut show, “Never The Girl Next Door,” based on the women’s liberation movement and influenced by 1950s pin-up model Bettie Page, addressed cultural preconceptions in 2015.

During 2009-10, she was related to rapper Lloyd Banks, and in 2011, she was rumored to have dated rapper, Joe Budden. She has, however, insisted on being unmarried in numerous interviews.

She began dating rapper Ab-Soul in 2013 and has since attended several events with him. It was reported in mid-2014 that she was expecting his kid, but he later clarified that he is a father figure to her daughter from a previous relationship.

Yarisenia Sanchez was born in Santo Domingo, Dominican Republic, on February 11, 1991. Her ancestors were from San Francisco de Macoris. She migrated to America with her mother when she was three years old.

Her mother first left her siblings behind in order to maintain all of her children in a foreign country, but she subsequently brought them to America when she had established in the Dyckman Street section of New York City.

The neighborhood had a large Dominican community, which helped her adjust quickly. She did, however, need to acquire English quickly in order to converse properly with the other children.

After enrolling at The High School of Fashion Industries, she relocated to The Bronx. She began working as a bartender after graduating and also enrolled in a radiology course to become an X-ray technician.

She fell pregnant at a young age and gave birth to her daughter at the age of fifteen. She, on the other hand, does not consider it a terrible experience and expresses gratitude to both her and her then-families boyfriend for their support.

Yaris Sanchez, a well-known model and music video player, and director, with a net worth of roughly $10 million.