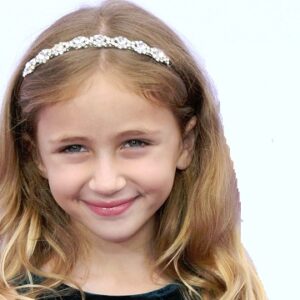 Ava Kolker rose to fame at the age of four when she starred in the FX television series ‘American Horror Story’ in 2011. She went on to feature in a number of television shows and films after that, growing in popularity with each appearance. From 2011 to 2015, she appeared in three films as a leading lady, six films as a supporting actress, multiple television shows, and seven commercials. She has gained a lot of popularity as a result of her ability to play a variety of characters. Her first film role was as Kate Beckinsale’s daughter Augie in the film ‘Trials of Cate McCall.’ She was chosen from among hundreds of five-year-olds who auditioned for this particular role. She appeared in several serials with Jimmy Kimmel and in a trailer for ‘Chelsea Lately’ with Chelsea Handler. In 2014, she starred in Disney’s hit series ‘Girl Meets World.’

The Meteoric Rise To Stardom

Ava Kolker started to appear in roles of a small child when she was only four years old. After her debut appearance in the TV show ‘American Horror Story’, she went on to act in the movie ‘Trials of Cate McCall’, comedies such as ‘Scary Movie 5’ and horror flicks such as ‘Mama’ and ‘Villisca’. She got popular as a versatile actress after playing the role of Lily in the comedy film ‘Scary Movie 5’ and the role of Ava in ‘Girl Meets World’. She has portrayed the part of Princess Jasmine in the musical drama ‘Aladdin’ and performed the part of Corny Collins in the movie ‘Hairspray’.

Her burgeoning success as an actress led her modeling gigs as well and she went on the ramp wearing outfits from two designers during the LA Fashion Week held in 2015. She has also appeared in advertisements and adverts which have been made by Square TV and AT&T. She is active on the social media such as Instagram where she has more than 300,000 followers and Twitter where she has more than 10,000 followers.

What Makes Ava Kolker So Special

The immense success as an actor earned by Ava Kolker t the age of just eleven has been a terrific motivation for young girls who love the stage and acting. The popularity she has gained within such a short time is simply remarkable and she has become a favorite actress for many young kids. She has been with the film industry for quite some years now and will be with it for many more years to come which is clear from the way her status as a diverse kid actor is rising every day.

She tells every child who is trying to join the entertainment industry that they have to take every step like a challenge and attempt to overcome every obstacle that comes their way. She encourages them that they should believe in themselves so that they can come up with their best efforts in striving to realize their dreams.

Ava Kolker is too young to be involved in any scandal. Despite her popularity and accomplishment at such a young age, she has no boyfriends and has avoided any relationship issues. She looks content with her current situation and enjoys spending time with her family. She is focusing on her acting career and aims to gain greater success. She has the appropriate mindset to succeed in the entertainment industry and achieve her ambitions.

Ava Koker’s net worth is $550,000 as of 2021. Her cinematic career, television jobs, and other business enterprises provide the majority of her income.