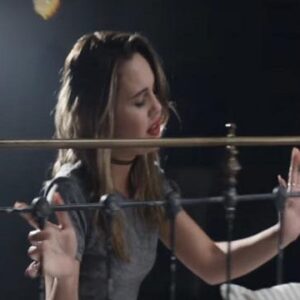 American singer, songwriter, and actress Beatrice Annika “Bea” Miller gained notoriety at the age of 13 after participating in the reality TV music competition “The X Factor.” She received a recording contract with Hollywood Records and Syco Music after coming in ninth place overall in the competition. Her breakthrough single, “Young Blood,” which peaked at No. 64 on the “Billboard 200” in 2014, got her a lot of fans. Her self-titled debut EP peaked at No. 2 on the iTunes pop albums chart, and her 2015 debut full-length album, “Not an Apology,” peaked at No. 7 on the Billboard 200. Bea Miller has shared the stage with a number of well-known musicians, including Selena Gomez and DNCE in 2016, Selena Gomez and Fifth Harmony in 2015, and Demi Lovato in 2014. She acted in off-Broadway productions before competing on The X Factor, yet her singing accomplishments may eclipse her acting work. She further voiced characters alongside Tom Hanks in the animated picture Toy Story 3 and starred in TV series and films.

The Skyrocketing Ascent To Stardom

When Bea Miller was a young child, she developed her storytelling abilities. Bea used to make up imaginary scenes for her toys to perform when they were playing with her as a child. She realized she could communicate great stories through her songs when she eventually decided to focus on music.

Early on, the parents of one of her classmates saw her talent and referred her to a well-known music director. Bea was forced to decline her first record deal offer because she didn’t think her voice was sufficiently mature. After a Venus vs. Serena match at the 2008 U.S. Open, she performed “America the Beautiful” for the first time in front of a sizable crowd.

In the ensuing years, she voiced characters in films like “Toy Story 3,” acted in movies like “Tell-Tale,” and appeared on television shows like “The Wonder Pets.” Bea was coached by pop icon Britney Spears on “The X Factor,” where she had a successful audition in 2012. Young Blood, her debut EP, was released on April 22, 2014, and it garnered favorable reviews.

What Is So Special About Bea Miller?

The title of Bea Miller’s debut album, “Not an Apology,” is likely one of the most pertinent album titles in recent memory. Bea, who frequently collaborates on songwriting, adopts a very direct tone when discussing topics like bullying, loneliness, and divorce. She frequently felt as a child that there was no female role model that bravely sang about everyday challenges that teenagers like her faced.

She made the decision to address unpleasant facts in her songs after becoming successful as a singer as a result, in order to improve the spirits of individuals going through a challenging moment. Darkness and light are frequently well-balanced elements in her songs.

She claims that rather than being super-positive,’ she wants to inform her audience that although there will be bad moments, good things will also occur. The favorite of her own songs is the unconventional love song “Force of Nature,” which is closely followed by the song “Paper Doll,” which deals with the experience of bullying.

Bea Miller had a negative outlook on her own life, despite the fact that she now sings about the issues that others confront and works to spread optimism through her songs. But she soon understood that life does not go from awful to good, but rather includes both.

She made the decision to incorporate her awareness that life is a balance of ups and downs into her music at that point. She believes that by spreading this message, she may give countless youngsters the reassurance that they are not alone—something she always desired as a teen going through difficult times.

After Bea Miller moved in with her other mother and sisters in September 2015, Hilary Kipnis changed her Twitter handle to “childless mother.” This sparked a debate on Bea’s mother-daughter relationship, to which Bea responded on Twitter by alleging that Hilary had been emotionally abusing her for a long time.

Bea Miller, a native of Maplewood, New Jersey, is the daughter of Hilary Kipnis and Kim Miller. Her parents were a same-sex couple who had been married for almost 20 years until divorcing in 2012. Esther and Georgia, twin Vietnamese girls who were adopted, are her sisters.

Her concern for LGBT issues stems from having family members who identify as LGBT. In contrast to many girls her age, she believes that being grown up in a home with only female family members has made her “less catty.” Before ending their relationship in 2016, she dated musician Jacob Whitesides for almost a year.

Beatrice Miller, an American actress, singer, and songwriter, has a $2 million net worth. In February 1999, Beatrice Miller was born in Maplewood, New Jersey. She received a recording contract with Hollywood Records and Syco Music after placing ninth on season two of the reality TV competition The X Factor.

Bea Miller had ambitions to write and direct films, as well as create costumes for them when she was younger.