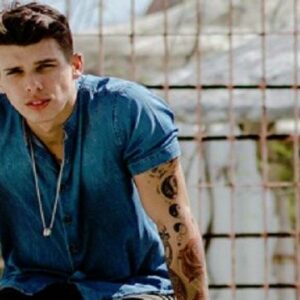 Gilmher Croes is an actor and social media sensation from Aruba. He is well known for his hilarious lip-sync videos on TikTok, where he has over 12 million followers. He is also well-known on social media platforms such as Instagram and YouTube. Gilmher Croes is one of Aruba’s most well-known social media stars. In fact, in 2015, he was dubbed Aruba’s ‘Social Media Star.’ Because of his internet fame, he was able to demonstrate his talent in short films. For one of his performances, he even earned the ‘Best Male Actor’ prize at the ‘Aruba Short Film Festival 2015’.

Gilmher Croes was born in Aruba, a small Dutch Caribbean island off the coast of Venezuela, on July 7, 1993. He grew up in Oranjestad, Aruba’s main city, with his brother. Gilmher enrolled in the ‘University of Aruba’ in downtown Oranjestad after graduating from high school. Gilmher decided to pursue a career as a model after completing his education. He also began publishing sketch comedy videos on Facebook, which propelled him to stardom on the social media platform. He then turned his attention to TikTok, where he began creating humorous videos. His Jim Carrey-like expressions and amusing body language originally gained him thousands of admirers, which eventually grew to millions. He now has a large following on social media and is one of the most well-known Aruban internet personalities.

Gilmher Croes’ TikTok career got off to a blazing start. His account began to acquire a large number of admirers as a result of his amusing lip-sync videos, and he was able to reach a million fans in a short amount of time. Simultaneously, he started experimenting with other social media channels, such as Twitter. Gilmher eventually launched a YouTube channel on September 29, 2014, after more than two years of exclusively posting videos on TikTok. Two years later, he collaborated with his younger brother Jayden Croes to create the ‘CroesBros’ YouTube channel. While his self-titled channel has more than 80,000 subscribers, ‘CroesBros’ has more than 750,000.

On August 11, 2017, Gilmher and Jayden released a video on their joint YouTube channel that included Rebecca Zamolo, a popular American YouTube personality. The video went on to receive over 6.5 million views and is still one of their most popular videos on YouTube. ‘CroesBros’ is one of Aruba’s most successful YouTube channels, with over 24 million views across all of its videos. Gilmher had the opportunity to perform at ‘VidCon US’ in the ‘Anaheim Convention Center,’ California, in June 2017. Gilmher is also well-known on Instagram, where he has more than 835,000 followers.

Gilmher Croes’ success as a social media celebrity led him opportunities to showcase his skills in short films. Gilmher had a successful year in 2015, winning the ‘Best Male Actor’ prize at the ‘Aruba Short Film Festival.’ In 2015, he was also named Aruba’s ‘Social Media Star.’ Gilmher Croes is currently regarded as one of Aruba’s best comedians.

Gilmher Croes has a close relationship with his family. As he collaborates with his younger brother Jayden Croes on the majority of his videos, he gets to spend a lot of time with him. He has a sister named Roxanne as well. Because they all reside near by, the siblings and their parents, Susanne and Gilbert Croes, get to spend a lot of time together. Gilmher adores his niece and nephew and has shared photos of them on social media. He enjoys being inked in addition to shooting videos. He has numerous tattoos all over his body, and his Instagram profile features a few photos of his tattoo collection.