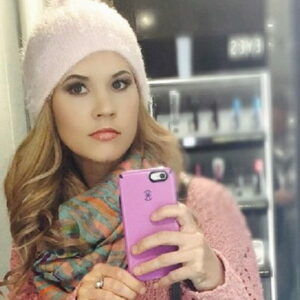 Singer-songwriter Kimberly Henderson is from the United States. She received a great deal of online recognition in 2014 as a result of the singing video she shared on Facebook. Henderson, a South Carolina native, had to mature quickly after becoming pregnant at the age of 16. She made the decision to keep the child and eventually wed the father. She would have three more children over the course of the following ten years, go through a divorce, and work two jobs to provide for her family. Despite the challenges, she never let her dream slip from her grasp. She submitted three audition tapes for the reality show “American Idol,” but each one was turned down. Her luck finally turned around in 2014 when she recorded herself lulling her daughter to sleep while singing Whitney Houston’s “How Will I Know” in a Sam Smith arrangement. She became a social media star after the video went viral after being posted on Facebook. Since then, Henderson has signed with the Break Media record label and has made the single “Tiny Hearts” available.

Since she was 15 years old, Henderson has been singing. She had three appearances on “American Idol,” but she was never selected past the audition stage. Despite all of the challenges life had dealt her, she continued to sing and never gave up on her goals. She also had a failed attempt at “The Voice” audition.
She was having problems getting her youngest daughter Vaida to sleep in December 2014. She decided to perform Whitney Houston’s “How Will I Know” in Sam Smith’s arrangement instead of a conventional lullaby, and she recorded herself doing it. Jaime, her sister, suggested that she post it to Facebook. She reluctantly consented. The video received over 20 million views in just one week, making her a social media sensation. When she later made her television debut, up to four record labels expressed interest in signing her.
She connected with Susan Markheim, a manager, through the agency of Irving Azoff, and eventually struck a deal with the Los Angeles-based record label Break Entertainment. She was transported to Los Angeles to record her first single, “Tiny Hearts,” which she gave the title in honor of all single parents. The song, which was released in 2015, helped her become well-known.

Kimberly Henderson was born in Sumter, South Carolina, on January 26, 1988. Jaime is the name of her sister.
Henderson grew up in a middle-class home with a calm upbringing. When she became pregnant with her first kid at age 16, things started to significantly shift. She gave birth to a daughter after marrying the child’s father, whom she named Kayleigh. Later, she and Kayleigh’s dad were divorced. Her son Aiden, eldest daughter Vaida, and middle daughter Brianna were born in the years that followed. The fathers of the children are not the same.
She went to an abortion clinic on March 15, 2013, while she was carrying Vaida. She spent seven hours there, but chose not to have the operation. The day is one of the most significant days in her life, according to her.

The estimated net worth of Kimberly Henderson is around $1 million.