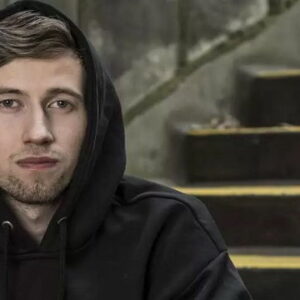 Alan Walker is a DJ jockey and music producer of Norwegian and British descent. ‘Faded,’ his single, catapulted him to popularity. The song was well-received by music fans all around the world, and it was certified platinum in over ten countries. Walker was interested in computer programming and graphic design since he was a child. After listening to music composers such as David Whistle and Hans Zimmer, he grew interested in music production. Walker had no formal music composition instruction. He studied music production by watching ‘YouTube’ tutorial videos. Walker composed several other songs after the success of ‘Faded,’ including ‘Spectre,’ ‘Alone,’ and ‘Sing Me to Sleep.’ Alan Walker began his career as a music producer in a modest way. Using the ‘FL Studio’ on his laptop, he began producing music. He performs on stage in front of an audience. Walker is also noted for his distinct style of attire. Walker appears in his gigs wearing a sweatshirt and a mask that covers half of his face. He uses ‘Instagram,’ ‘Facebook,’ and ‘Twitter,’ among other social media networks.

Walker was interested in technology and graphic design in his early years. He heard a song written by David Whistle in 2012. Walker got in touch with the musician to learn more about how the song was made. Walker became increasingly interested in music production after listening to composers such as Hans Zimmer and Steve Jablonsky. He didn’t have any formal musical training. Walker learned how to make music by viewing ‘YouTube’ tutorials on the subject.

Alan Walker began pursuing music as a vocation in 2012. With the help of the digital audio workstation ‘FL Studio,’ he began producing music on his laptop. He shared his songs on ‘YouTube’ and ‘SoundCloud,’ as well as soliciting feedback from fans.

Walker’s track, “Fade,” was released in August 2014. It was re-released in November 2014 by the record label ‘NoCopyrightSounds.’ The song went on to become extremely popular. It has almost 300 million views on YouTube, 70 million Spotify plays, and 20 million SoundCloud streams.

Walker collaborated with the music production business ‘MER Musikk’ to release the single tune ‘Faded’ in December 2015. It was a remastered version of ‘Fade,’ one of his older songs. Iselin Solheim, a Norwegian pop singer, was featured in the video. This rendition of the song was more popular than the original. The song was well-received by music fans all over the world, and it topped the year-end charts in Austria, Germany, Switzerland, and Sweden. On ‘YouTube,’ it has over 1.9 billion views. The song was included in a list of the top ten most popular ‘YouTube’ videos.

Alan Walker released the tracks ‘Spectre’ and ‘Force’ in 2015. Walker made his live debut in February 2016 during the ‘Winter X games,’ which were hosted in Oslo. He sang 15 songs, including ‘Faded.’ Walker performed at the ‘Echo Awards’ in Germany in April 2016. Zara Larsson, a Swedish singer, joined him on stage.

Walker released the song ‘Sing Me to Sleep,’ which featured Iselin Solheim, in June 2016. This was also a huge hit, with more than 400 million views on ‘YouTube.’ He released the song ‘Alone,’ which featured Swedish vocalist Noonie Bao, in December 2016. This song is the third and final installment in Walker’s trilogy, which also includes ‘Faded’ and ‘Sing Me to Sleep.’

Walker’s first concert was place in his hometown of Bergen in December 2016. ‘Alan Walker is Returning Home,’ it was titled. Angelina Jordan, Alexandra Rotan, and Tove Styrke were among the singers at the concert. It was broadcast live on ‘YouTube.’ In this show, Walker debuted a number of previously unheard songs. He sang ‘The Spectre,’ a remastered version of his earlier song ‘Spectre.’

The instrumental version of the song, ‘Ignite,’ was published by Alan Walker in 2017. It included K-391, a Norwegian music producer. He recorded his debut song with Irish singer Gavin James in May 2017. ‘Tired’ was the title of the song. It’s a song that “adds another level to his productions,” according to Walker. Walker released the song ‘All Falls Down,’ which featured American singer Noah Cyrus and British record producer ‘Digital Farm Animals,’ in October 2017.

Walker became Norway’s most popular ‘YouTuber’ in 2018, with over 15 million subscribers. The vocal version of the song, ‘Ignite,’ was released in May 2018 by Walker and K-391, and featured Norwegian singer Julie Bergan and South Korean singer Seungri. He released the song ‘Darkside,’ which featured Au/Ra and Tomine Harket, in July 2018.

Alan Walker’s personal life has been maintained a well guarded secret. He isn’t married and hasn’t been linked to anyone. Walker is active on social media, but he keeps his personal life private.

During his stage performances, Walker is noted for his unusual wardrobe. He wears a sweatshirt and a mask that conceals half of his face at all times. Walker argues that as a prominent figure, he prefers to remain anonymous. He has a logo for his music that is made up of the letters ‘A’ and ‘W,’ which are interlaced.

Walker says he got the idea for the mask from the hacker collective ‘Anonymous’ and the TV show ‘Mr. Robot.’ His experience as a gamer also influenced his decision to wear a mask.