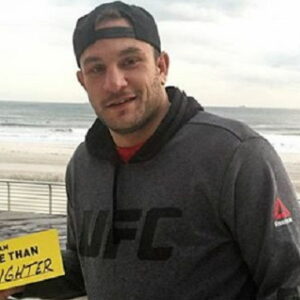 American mixed martial artist Gianpiero Villante, also referred to as Gian Villante, competes internationally. He now competes in the light heavyweight division of the Ultimate Fighting Championship. He was born in Wantagh, New York, and participated in the New York State Championships when he was younger. He finished third in the Championship during his junior year. He was an enthusiastic football player who had played for MacArthur High School and received the Thorpe Award. He thereafter began his MMA training, and soon after that, he made his MMA debut. He eventually made his Ring of Combat debut as well. He has won the Fight of the Night title three times during his UFC fighting career. Additionally, he twice captured the heavyweight title in Ring of Combat. After agreeing to a contract with Strikeforce, he competed against Chad Griggs in a Heavyweight Grand Prix Reserve Match. He did, however, lose the battle. He later defeated Keith Berry in the “Strikeforce Challengers: Gurgel versus Duarte,” where he went on to win his first match in the Strikeforce.

In his junior year of college, Gian Villante began wrestling. On his first attempt, he finished in third place at the New York State Wrestling Championship, but in his senior year, he eventually took first place. In 2002, while playing for MacArthur High School, he received the Thorpe Award for his dedication to the game of football.

Later, while attending Hofstra University, he continued to be committed to both his football and wrestling careers. He was a middle linebacker, and his outstanding play earned him a spot on the Sports Network’s first team of defensive I-AA All-Americans. Despite being viewed as a potential NFL player, he chose to concentrate more on his career in combat sports.

He started practicing MMA shortly after, and in his first fight, he defeated veteran Randy Durant. Soon after, he made his Ring of Combat debut and went on to defeat Mike Cook in order to claim the vacant heavyweight championship.

In 2011, he began competing for Strikeforce. In his first game, he was defeated by Chad Griggs. He faced Lorenz Larkin in his second fight, where he lost once more. However, at the Strikeforce Challengers: Gurgel vs. Duarte, he defeated Keith Berry to win his third bout. He was supposed to fight the unbeaten Guto Inocente on Strikeforce: Melendez vs Healy after defeating Derrick Mehmen. Showtime, though, decided to call off the fight.

In 2013, Gian Villante made his UFC debut. He fell to St. Preux in their first fight. In November 2014, after defeating Cody Donovan, he earned his first UFC triumph. He did, however, drop his third match to Fabio Maldonado. He has three “Fight of the Night Championship” victories in his UFC career.

On August 18, 1985, Gianpiero Villante was born in Wantagh, New York, in the United States. Sal and Josephine Villante are his parents. He developed a strong passion for sports from a young age. From 2003 to 2007, he attended Hofstra University. He hasn’t given the public or the media a lot of information about his private life.

One of the wealthiest and most well-known MMA fighters is Gian Villante. Gian Villante’s net worth is roughly $1.5 million, according to our analysis of data from sources like Wikipedia, Forbes, and Business Insider.